Nov 15, 2012: Government of India which was hopeful of generating Rs.40,000 crore revenue from 2G auction was in for a shock as it could raise only Rs.9,400 crore. The auction process was pretty dull with many circles finding no bidders at all. Only 96 bids were made for 144 blocks and there were no bids made for some bigger circles like Delhi, Karnataka, Mumbai and Rajasthan. The 2G spectrum licences were cancelled after the A. Raja episode. The worst part of this whole process is that the government which is already reeling under economic pressure will be getting this Rs. 9,400 crore only in installments. This shows the lack of uncertainty prevailing in the telecom sector which was once a celebrated one. 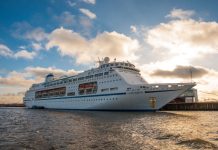