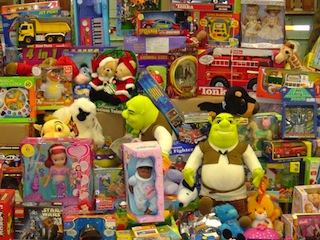 August 13, 2013: In a recent study made by ASSOCHAM it is revealed that Chinese toy makers are becoming a big threat to the Indian toy makers and nearly 40 per cent of Indian toy companies have closed down in the last 5 years because of the onslaught by Chinese and Italian toy companies. In a study titled “Indian Toy Industry- the current scenario”, ASSOCHAM observed
that Chinese toys are flooding the Indian markets and they have a dominating presence in the world toy market with 45 per cent market share which is the highest in the world. India’s presence in the world toy market is dismal with a share of only 0.51 per cent.

The toy companies which are bearing the brunt in the Indian market are basically the small and cottage industries. According to the study, there are 4000 toy manufacturers in India and out of with 50 per cent are located in Delhi and NCR region. The next big destination where toy units are located in India is Maharashtra, which has got 35 per cent of the toy making units and rest 15 per cent is scattered all over India. Only 20 per cent of the domestic demand for toys is met by local manufacturers and according to the study rest is by import of toys from different countries. So which means 80 per cent of the toys are imported and it is mostly imported from countries like China and Italy.

While talking about imports this ASSOCHAM report states that imports from China has grown at a CAGR of 30 percent and from Italy by over 38.6 per cent in the period 2001- 2012. The total import of toys itself has grown in this time period at a CAGR of more than 25 per cent. The highest import this means is from Italy and import of toys from both Italy and China is on the upswing mainly because of the wide variety of toys and that too at economical prices.

The research paper reveals that if we look at the various brands in the Indian toy market Funskool leads with a market share of 30 per cent followed by Mattel with 20 per cent. Other players like Lego, Hasbro, Bandai and Leapfrog occupy 4 percent, 9 percent, 4 percent and 3 per cent respectively. Rest 30 per cent market share in India is occupied by other miscellaneous brands.

At a time when the Indian toy industry is expected to grow at 30 per cent by 2015 and is estimated to be around Rs.8,000 crore as on March 2013, it throws up a lot of questions on the sustainability of Indian toy makers in the long run because of this onslaught from Italian and Chinese toy companies. The ASSOCHAM study adds that not only Indian toy makers are finding it difficult to survive in the market but nearly 2000 SMEs in India have closed down in the last 4-5 years.

How the Indian toy companies are going to face the challenge in the coming years need to be seen and especially when the industry itself is expected to grow and generate employment to nearly 50 lakh people by 2015.