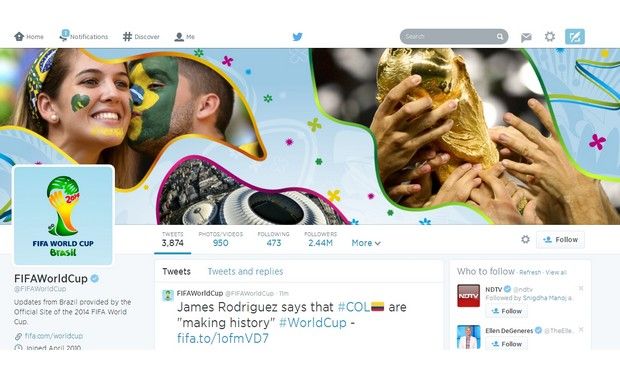 July 16, 2014: FIFA World Cup 2014 would be remembered not only for the fact that Germany won the final against Argentina and lifted the cup but also for the fact that in this World Cup lot of buzz was created on various online platforms. Soccer fans around the world were discussing everything on social media including Neymar’s injury to Lionel Messi’s miss in the final. Twitter and Facebook were at the centre stage and according to reports 672 million tweets related to the tournament were sent out during the past one month. A lot of activity was witnessed on Facebook as well and 350 million people had conversations around the topic, generating three billion interactions, including posts, comments and likes.

Aneesh Madani, Head of Sports at Twitter India was quoted as saying to ET, “India is a top 10 global market for Twitter and this was reflected in activity around the World Cup as well.” 32.1 million tweets were generated  on Sunday when the final was played and 35.6 million tweets were made in the Germany-Brazil semi-final game. This game was the most discussed event in the sporting history. Bangalore-based Bhupendra Khanal, chief executive of social media aggregation company Simplify360 was quoted as saying , “India was responsible for nearly 3.2% of the entire buzz on Twitter and came in at the 5th position when it came to discussing the final.”

According to Simplify360, “Of the 672 million total tweets, the bulk of the conversation happened during the live matches.” The other statistics released by Simplfy360 with respect to the top 10 nations contributing to Twitter buzz and top five most tweeted matches frm #WorldCup are highlighted below.
1. Top five most-tweeted matches from the #WorldCup: 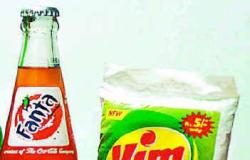 Passionate In Marketing - March 14, 2013
0
Businesses may seem more like a war at times; there is corruption, foul tactics and a lot of fighting. Even the most respectable brands...

Myntra all set to become only a mobile app based retailer

The great transformation of the Indian retail markets and its emerging...