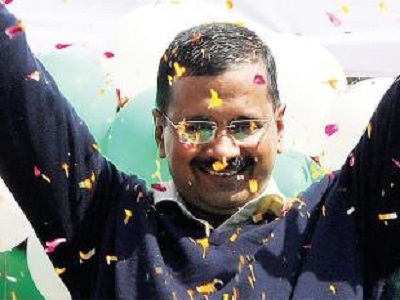 Arvind Kejriwal is trending in social media for quite sometime. After the massive victory in the assembly election results, he has become the next leader inDelhi. The elections showed the strong influence that AAP has in the national capital. Since a month, more than a million tweets were tagged with @ArvindKejriwal.

As per Simplify360, aBangalorebased social media firm, Kejriwal was the most influential leaders of AAP on social media channels. Notably, it was not the entire party or the other ministerial candidates who were talked about much. The firm added that AAP’s Arvind Kejriwal tracked a share of 61 percent in January, whereas Kiran Bedi of BJP trailed behind with 31 percent and Ajay Maken of Congress shared only 8 percent.

Apart from tweets, a video featuring Kejriwal shot by The Viral Fever (TVF) is also trending. This video was captured on February 8, but it has managed to grab over three lakh views within a short time period of 12 hours.

As per Arunabh Kumar, the Founder and Chief Executive Officer of The Viral Fever, the video was made in order discuss the deficiency and mistakes of their party in a sassy manner. The sweeping victory of Kejriwal inDelhihas assisted the party to turn all stones towards them.

He added that social media services as a platform for participative politics, and that every voter has the chance to interact with the parties in the region via social media.

Notably, during theDelhiassembly elections held on February 7, Twitter was abuzz with trending topics such as #ExitPolls, #Delhi-Votes and #MufflermanReturns. Kejriwal came up as the most important leader with an influence of 59 percent on social media. There were 1.04 million mentions for @ArvindKejriwal, and following the AAP candidate stands Kiran Bedi with 560,000 mentions and @ajaymaken with a mere 56,000 mentions, reveals Simplify360.

As per Raheel Khursheed, Head of news, politics and government at TwitterIndiaclaimed that it was one of the most watched elections in the country, following the May 2014 general elections. He added that the approach to social media has helped the micro-blogging website reaffirm its position.

admin - January 22, 2021
0
Brings together 8000+ educators, school leaders, students and Microsoft partners to discuss the future of education and share best practices in remote...