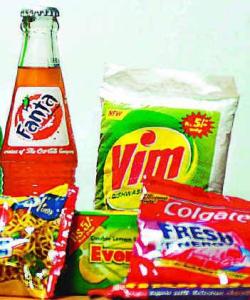 Businesses may seem more like a war at times; there is corruption, foul tactics and a lot of fighting. Even the most respectable brands get their hands dirty at times.  There are marketing wars and competitive advertising when it comes to consumer goods, and the wars become intense in a move to woo customers.

Categories like biscuits, toothpastes, mobile phones and dishwashers are pooled with high-intensity campaigns even though there is a subdued consumer demand.  The brands flush-out hefty money into ad-campaigns with the hope of improving the consumption levels, garnering a good market share and adding value to their products.

The companies are undergoing a realization process that businesses are not to be taken for granted in the current economic scenario.  There are a number of brands entering the market everyday and it is time to be cautious about their market shares. The ad spends are escalating day by day among consumer companies to rope in customers.

However, the working of high-decibel ad campaigns is a thing to wait and watch.  Experiences say it truly doesn’t work. The heavy voltage campaigns of colas in 1990s did not work for both Pepsi and Coca Cola but created excitement about the category.  Brands have their own reasons to launch high-sounding ad campaigns, but the ultimate results are either creation or new categories or excitement in that category.

Ad-campaigns are aggressive not only in the consumption sector but also in the smartphone sector. With the increasing demand for smartphones, the companies are introducing new strategies through powerful ad-campaigns to increse business. Apple kicked off an ad-campaign by launching the EMI scheme for its iPhone5 while the South Korean giant, Samsung responded by introducing EMI options for six of its Galaxy phones. Sony is trying a different path. It has signed Katrina Kaif as its brand ambassador.

Advertisements in India are primarily targeting consumers and not on competition. However, the traditional practice is now undergoing a change. The recent ad-tiff between Dettol and Vim stands proof to it. Dettol dishwashing liquid disparaged Vim while Vim hit back saying antiseptic liquids are good to be used as floor cleaners and not as dish-washers. The UK biscuit brand, Mc Vities is also flashing ads calling it the only biscuit brand without maida.

Reports show that 18 out of 20 companies have increased their ad-spending rates in the last quarter of 2012. Companies may flush-out more money in launching new-ad campaigns and rope in glamorous models and celebrities to establish their brand but what is essential is obtaining a profitable market.

Passionate In Marketing - August 8, 2020
0
Due to the unexpected pandemic situation that flooded across the country, Skoda Kodiaq TSI Petrol BS6 which was about to launch made...