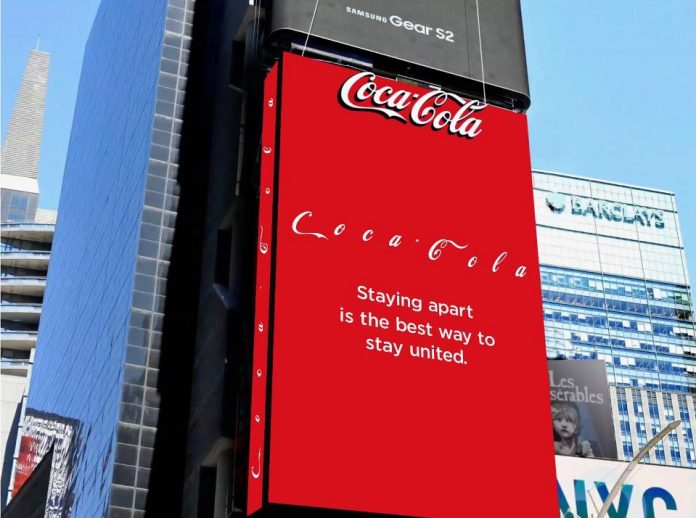 Despite the continued impact of COVID-19 in the market, many advertising agencies are showing signs of optimism even while facing constant challenges. Advertisers and other agencies are changing their strategies for marketing amid the pandemic and the changing buying behavior of the consumers.

Many businesses are still struggling to restock their inventory even though the companies are trying to maintain supply chains at a moderate level this month. Even though the mortality rate of COVID-19 cases has declined in United States & other places of the world, it still remains a major cause of worry.

Most of the businesses said that they are uncertain of the gradual reopening rather than sounding confident. The business confidence in US is said to have plummeted 17 points in this April.In US 49 percent of the consumers don’t expect a quick recovery of the economy after restrictions are lifted and 47 percent feel that the economy of US will recover fast.

It is found that there is only a situational impact in business because of COVID-19. While the pandemic has affected Travel and Tourism & Airline industry significantly, the retail industry is only partially affected. But there are other industries which are coming up and are in demand. As the screen time has increased due to the lockdown & people being forced to stay indoors, advertising companies have never experienced this much demand.

But there is a shift in advertising patterns of businesses. Taking the example of travel industry which has been severely hit due to the pandemic, has come up with paid search advertising on social media where you only have to pay for the advertisement if anyone clicks on it. Trivago, Trip Advisor, AppleVacations, Omni Hotels are some of the major travel businesses which are running ads on Google and Bing.

Recently several online polls are being conducted by tech giants Google, Facebook and Amazon where all of them said that most people are optimistic in spending and they think the worst is behind us.

“Many businesses that initially decided to stop their spending in advertisements had recently showed more positive signs in their spending as businesses are coming online obviously not 100% but it will happen in the near possible future” said Jason Hartley EVP, head of Search and Shopping at 360i.