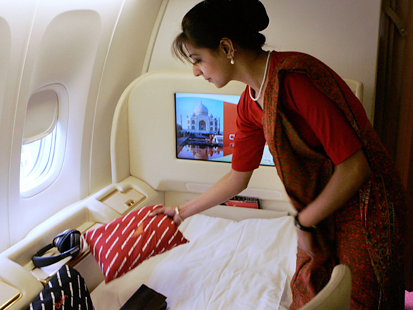 May 7, 2013: Close on the heels of a circular issued by Directorate General of Civil Aviation (DGCA) last week allowing the airlines to charge fees for unbundled services, Air India today announced the lowering of free baggage allowance from 20 kg to 15 kgs on the domestic sector. Any excess baggage beyond the permissible limit will attract a flat rate of about Rs.200-250 per kilo. The excess baggage charges presently are between Rs.150-400 depending on the airline and the sector in which it flies.

The national carrier has not changed the hand baggage limit and it continues to be seven kgs. The frequent flyers have been exempted from the change and they can carry upto 20 kgs of checked in baggage. Air India is also mulling over charging for preferred seats as is done by no frill carriers IndiGo and Spice Jet.

Air Passengers Association of India and travel agents bodies have come up in arms against this move of DGCA of allowing airline companies to charge for unbundled services. This policy of charging for unbundled service which is followed in countries like U.S. has received flak in many quarters in India and this move of Air India is definitely going to make the other players to follow suit and make the air travel costlier in times to come. 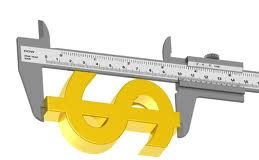 Passionate In Marketing - September 30, 2012
0
When you run a business, one of the most important decisions you need to take is what to measure to evaluate whether your business...

Samsung is No 1 Handset Seller in India, Claims IDC Report