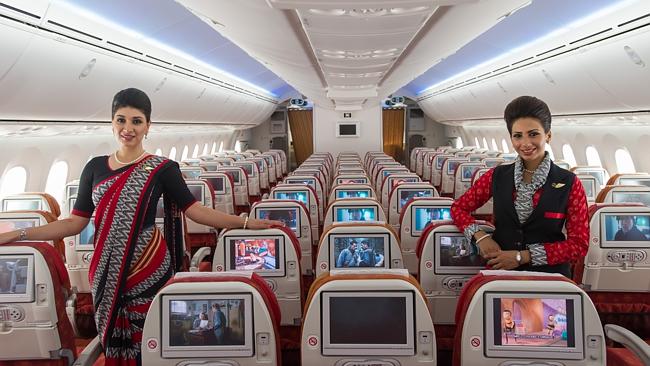 June 22, 2014: Air India may soon start offering mobile internet access on board flights like what is currently being offered by American Airlines, Lufthansa, Emirates and British Airways. According to reports, Air India has started talking to many vendors including OnAir which is considered one of the largest agencies offering such a service. The discussions are basically focused on installing Wifi base stations on board international flights.

This move of Air India is aimed at enhancing the customer experience on board the flights. Though the national carrier is trying its best to install Wifi device on board, these services initially will be available only on international bound flights since it is still not allowed in domestic air space. Directorate General of Civil Aviation (DGCA) bans the use of any electronic device which transmits radio signals on flights and it will take some time before these rules are relaxed though it is a proven fact that these radio signals do not interfere with in flight devices.

Commenting on this latest development Anil Sondhi, Executive Director, Materials Management and Informational Technology at Air India said, “It’s just a matter of time we will have access of satellite broadband on board our international flights. We are in discussions with various agencies and have met officials of OnAir. We will take a decision on it in the coming few months.”

Air India has plans to offer the service on a paid basis like how headphones were offered initially for in flight entertainment. Later as it became free it is expected that Wifi in flight could also become free in the coming years. The present technology that is offered by OnAir allows the users to seamlessly access internet for basic functions like accessing emails, using social media etc. but the users will not be able to use streaming services like YouTube since it will take some more time to come out with that technology.

Passionate In Marketing - August 6, 2020
0
Due to the COVID-19 pandemic, the lockdown times measured the capability of individuals, families, partnerships, organizations, and brands as well. We've seen...