The verdict of the annual survey conducted by Airtel to capture the ‘Mobile Attitude’ of users is out. The survey which was conducted covering 186 million Airtel consumers across the country has given some major insights into the consumer preferences of mobile internet users. The highlights of the study are:

One of the major insights of this survey is that there were 150 million downloads for music and 75 million downloads for wallpaper which saw a 300% jump compared to the last year. This reflects the increasing preference of Indians towards music, gaming, movies and social media network. In 2012, downloads of female actresses was more than the male actors and South India dominated the total downloads. Katrina Kaif who was the most google searched bollywood actress in 2012 and who comes in the most downloaded image category as well maintained her position for the fourth consecutive year and continued to be the leader followed by Kareena Kapoor. In the actor category, Shah Rukh Khan led the most downloaded image category and the other two actors who appeared in the top 5 are Salman Khan and Ranbeer Kapoor. The crown for the most downloaded song went to “Chikni Chameli” of Agneepath. Kolaveri Di continued its dream run second year in a row and was the most downloaded ring tone in 2012.

This year witnessed a quantum jump in the traffic of Mobile TV which shows and increasing customer preference for the same. There was a 65% jump recorded in Mobile TV traffic and IPL dominated the scene with 74% viewers. Among the television channels, Sony TV ranked number one.

Airtel which has Video Talkies and Audio talkies witnessed a significant growth in the traffic. Dabangg was the most viewed movie on Airtel Video Talkies and Sholay remained the favourite in Audio Talkies. Games based on movies were played the most and among them the most played were of Agneepath, Spiderman and Agent Vinod. A record of sort was created when 1 million MMS were sent on Diwali day itself and the most number of specialised content were downloaded during the Navratri Festival. 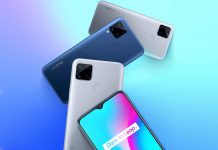 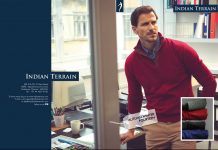 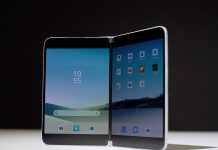 Microsoft ready to move to Android with Surface Duo, the dual screen smartphone

Passionate In Marketing - August 12, 2020
0
In an uncommon frequency of a neighborhood organization making a move against a global for supposed brand name infringement, Parle Agro has...