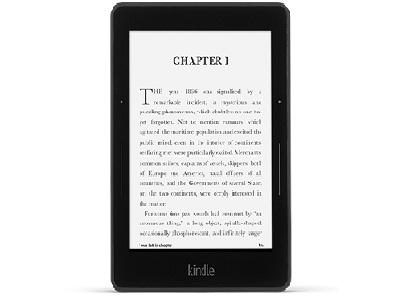 Amazon has released the Kindle Voyage in the Indian market in 3G and Wi-Fi variants priced at Rs 20,499 and Rs 16,499 respectively. On the whole, Amazon has five different versions of the Kindle e-reader in India including the two offerings, All New Kindle Kindle Paperwhite and Kindle Paperwhite 3G starting from a pricing of Rs 5,999.

The Kindle Voyage is touted to be the best e-book reader that Amazon has ever launched in terms of design. It is slimmer and lighter than the Paperwhite e-reader and also it comes with several new features that assure to render an improved user experience. The Kindle Voyage features flush bezels that contribute in enhancing the overall reading experience as it makes it convenient to hold and turn the pages.

The new Amazon e-reader helps has 300 dpi that is responsible to make the text appear crisp. The saturation of the content displayed on the Kindle Voyage appears to be better than that of the Paperwhite. The display is coated with a special layer on top that is nice to touch. It is claimed by the firm that the glass is micro-etched to make it less reflective and render a feeling like touching paper.

Notably, the display is front-lit as in the Kindle Paperwhite, but it also comes with an ambient light sensor that can adjust the screen brightness manually based on the ambient brightness. Also, Amazon has given a new feature called PagePress to the e-reader that will help users to go back and forth pages by pressing the predefined spots on the either side of display bezel. This can be done by simply touching those spots without lifting the fingers off the device.

The pricing of the Amazon Kindle Voyage appears to be expensive in the current lucrative market. Well, there are several high-end devices at much lower pricing. We are yet to see how the price conscious Indian user base will come forward to spend Rs 16,499 and Rs 20,499 on a e-reader.