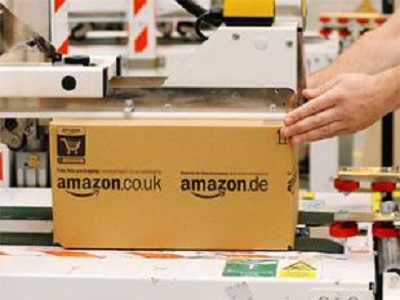 Online retailer Amazon which perfected a pickup and delivery model called Easy Ship in India and now, it is in plans to ship this plan abroad. The Easy Ship model that was implemented inIndiawill be tried in theUnited States,United Kingdomand Chinese markets.

There will be some local changes made to suit the requirements of the customers in those regions. Basically, the Easy Ship plan was designed for the Indian legions with smaller sellers.

By implementing this process, the vendors need not stock the products in the Amazon warehouses. The Amazon delivery personnel will pick the product and from the seller’s doorstep as soon as an order is placed by the customers. Amazon was able to scale up its presence in the Indian market with the Easy Ship scheme, claimed its country head, Amit Agarwal.

Notably,Indiadoes not allow the foreign investments in firms that sell online to the consumers. The e-commerce portals such as Amazon and other foreign funded rivals such as Snapdeal and Flipkart are marketplaces that hardly lend their platforms to the other vendors to sell products. A main challenge is the delivery of the ordered goods as the seller might be far from the warehouses or centers of fulfillment.

The Easy Shop model was designed to take charge of this issue. The sellers do not have to deliver their products to the fulfillment centers. Eventually, the consumers will not face any delivery delays. Similar approach is carried out by Flipkart and Snapdeal as well.

Amazon is highly confident that his model made it a leader in the Indian market as it could work along with the small retailers in other countries as well. The Fulfillment by Amazon logistics mechanism and a capable seller friendly delivery model helped the firm to boost its growth inIndia.

Easy Ship was launched inIndiain April 2014 and it accounts of about 60 percent of the total shipments made by Aamzon. Right now, Amazon is piloting another delivery initiative inIndiastarting with Bengaluru.

Thota Sruthi - November 30, 2021
0
CAG Audit had concerns over the expenditure budget. The budget expenditure on the recapitalization of the PSBs had...