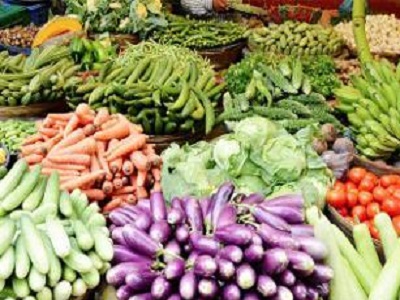 The government might use dairy products manufactuer Amul’s cooperative milk marketing template for the purpose of marketing its agricultural produce. The government aims to cut out the use of middlemen and to make sure the farmers get the higher remuneration.

As per a senior official at Niti Aayog, this could be achieved by incentivising private players to function as integrators of vegetables and fruits. The official stated that they are considering replicating the aggregator model of cooperative farming of Amul in order to market their farm produce as well as sell to consumers. Recently, Niti Aayog released an agriculture development paper for stakeholder consultation.

This paper suggests integrator encouragement to those who buy vegetables and fruits at village level similar to milk collection centers that collect milk and supply the same to the retailers directly. This includes the e-retailers in the cities and towns.

The paper stated that the linkage from back end to front end will connect the consumers to the farm and this is a win-win step for the consumers and producers as well.

Previously, the farmers were given the freedom to sell to the aggregators and processors directly as a committee was set up by the Planning Commission to encourage the investments in the supply chains.

Agricultural marketing in the country is suffering from fragmentation that results from a large number of intermediaries, lack of vertical integration, policy distortions, and poor infrastructure. As a result, the farmer often received a very small fraction of the overall price that is paid by the consumer.

Niti Aayog will soon finalize the report after receiving the stakeholder consultation and inputs from the states across the country.

Passionate In Marketing - July 1, 2020
0
The Ministry of Information Technology, using its power under Section 69A of the IT Act and with the prevailing anti-China sentiments in the country,...