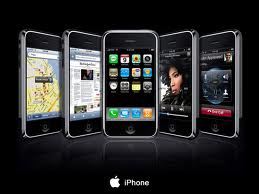 Though world wide Apple has become the leader, in India it is a different story. Nokia still holds the top position with 52.1 per cent but the brand saw a drop from 72.95 per cent last year. It is followed by Samsung which showed an improvement in terms of mobile internet usage and occupied the second position with 26.87 per cent market share in January 2013. One interesting thing to note is that BlackBerry which is extensively used by corporate is nowhere in the picture.

Passionate In Marketing - October 24, 2014
0
Nissan Motor India has announced a new premium variant of Evalia, an urban class utility vehicle with an upmarket feel. The special variant of...

Snapdeal Reportedly Ropes in Aamir Khan to Endorse its Brand

The signature car company of Indian families makes its mark in...