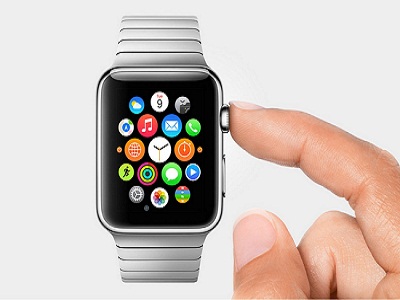 With the enormous growth of smartphones, tablets and other smart devices in the Indian market, the manufacturers across the globe have started considering it a priority market. Same way, theCupertinobased tech titan Apple is also launching its offerings including the iPhone 6, iPhone 6 Plus, iPad Air 2 and iPad mini 3 in the country within few weeks of their official unveiling. The trend has not left the Apple Watch, the first smartwatch launched by the firm.

There are reports that the Apple Watch that is slated to be made available commercially in early 2015 will be making its way into the Indian market in February. Apple appears to have studied the Indian market and has decided to rollout the smartwatch inIndiaas it hopes to make the wearable device a best seller in the country.

Apple is talks with the Indian developers prompting them to create applications for the Apple Watch, claim couple of senior executives familiar with the launch plans forIndia. One of them have stated that the firm is bullish regarding its success of the Apple Watch in the country as it already has managed to achieve a user base of 4 million with its iPhones and iPads. The firm is targeting at this existing user base with its Apple Watch initially.

A spokesman of Apple claimed that the smartwatch will be launched globally in early 2015 and that there is no other update regarding this. According to estimates, the Apple Watch would be priced between Rs 28,000 and Rs 35,000 that is pretty expensive as compared to the other smartwatches (from Sony and Samsung) that exist in the market. Also, the device will be compatible with iPhone 5, 5c, 5s, 6 and 6 Plus that run on iOS 8.

As per Tarun Pathak, Senior Analyst at Counterpoint Research, such a hefty price tag and limited support to the latest iPhone users will definitely make the device reachable only to a small user base. However, the launch of Apple Watch will certainly boost the awareness of smart wearables product category and will reach more users like how the iPads penetrated four years back.

As per the research firm, the wearable market in the country is still small with only 1 lakh units sold this year, but it is believed that the Apple offering will boost the sales in 2015 and the entire segment is expected to grow five folds. It is also claimed that several new vendors will com up with affordable wearable devices next year contributing to the growth of the segment.