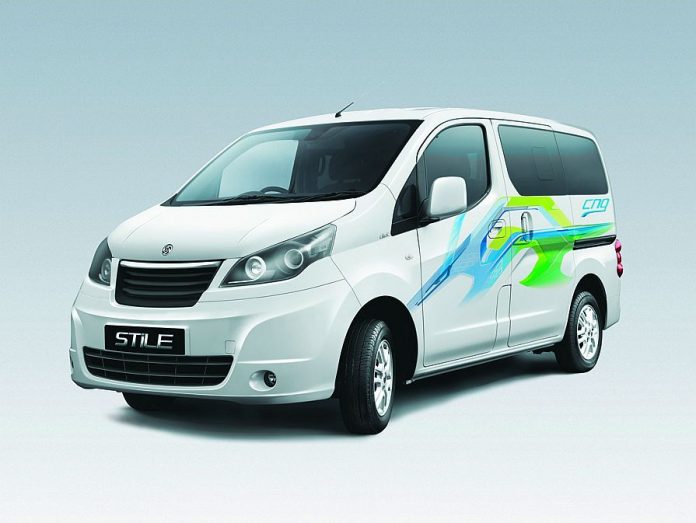 October 8, 2013: Ashok Leyland which has a Joint Venture with Nissan launched a new MPV in the market named ‘Stile’. Stile which very much looks like Nissan Evalia probably because of the association with Nissan is a badge engineered version of the same. Ashok Leyland Stile MPV which is priced from Rs.7.49 lakh to Rs. 9.29 lakh (ex-showroom Delhi) is powered by a 1.5 litre dCi common rail diesel engine. The engine has got 185Nm of torque and develops 76 PS of power.

Stile is mated to a five speed manual gearbox and claims ARAI certified mileage of 19.5 km/pl. Ashok Leyland has worked on the draw backs of Nissan Evalia and reworked the exterior styling with a new front grille and front bumper. Stile which costs nearly one lakh less than Evalia has also got new 15 inch alloy wheels and sliding rear windows. The Stile MPV would be available in 7 seater and 8 seater models and the company is mulling over offering a CNG variant as well. With the launch of Stile, Ashok Leyland is looking forward to make a presence in the commercial market space.

The new MPV would come with a 2 year or 50,000 km warranty and would be available in five different shades and seven variants. The other features of Stile include air conditioning and heating, tilt adjustable power steering, second row A/C vents and more. Stile would be sold through 130 LCV outlets of Ashok Leyland and the company has some aggressive plans to introduce the dealerships in the north east market as well.