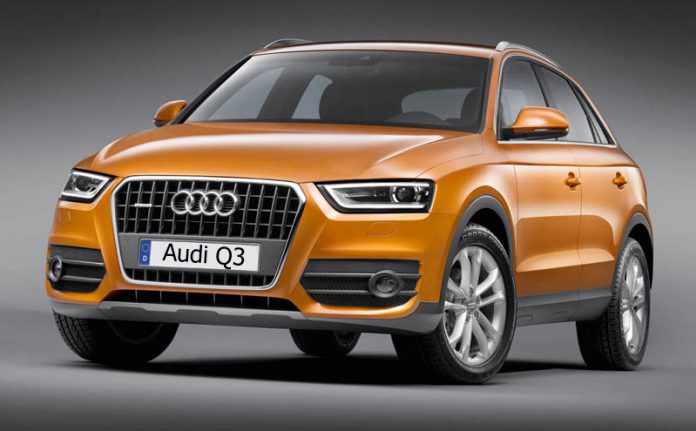 Feb 14, 2013: German luxury car maker Audi on Wednesday launched the petrol variant of its popular Sports Utility Vehicle Q3. Earlier it had launched a diesel version of Q3 i.e. Audi Q3 2.0 TDIq. The new petrol Audi Q3 is priced at Rs. 27.37 lakhs (ex-showroom Maharashtra). This is a very different strategy which Audi has followed with its Q3 series SUV. Generally car manufacturers come out with their petrol model first and then introduce a diesel model. Here Audi has reversed the usual process and they first came out with a diesel version and then are introducing a petrol version. Perhaps this has to something with the new government policy as well of slowly deregulating diesel prices over a period of one year.

The new Petrol Audi Q3 will be available through its 25 dealers spread across India. Audi has been relatively doing well in the India market and they had sold a total of 9,003 units in 2012 as against 5,511 units in 2011 and thereby achieving a growth of 63 per cent over a period of one year. Audi expects that the new Petrol Audi Q3 will further boost up the demand for the SUV range of Audi.

Passionate In Marketing - November 19, 2014
2
Micromax has been in the news through rumors for the launch of a Cyanogen OS based smartphone and as claimed the vendor announced the...

Don’t make the mistake of excluding MARKETING from your social media...

Cabs for Women with Women Drivers Get Attention in India

Is Playing with Consumer Emotions the right thing to do?