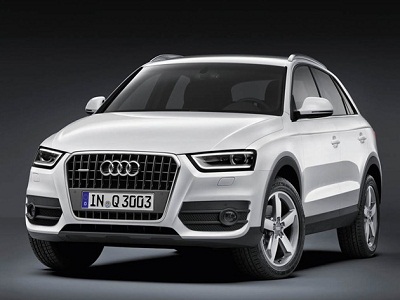 When the car manufacturers were aggressively pushing the affordable automatic vehicles,India’s largest luxury car manufacturer Audi dared the convention and announced the launch of a manual version of its sports utility vehicle Q3. This happened 18 months back with an aim to create a new entry price point for the customers.

The manual Audi Q3’s demand still outshines the supply. The firm has already exhausted the allocated units that wee meant for this year. The facelifted variant of the Audi Q3 is slated to be released in the market later this year.

The manual transmission model of Q3 costs Rs 3 lakh less than that of the automatic version. It is a common strategy followed by Audi to launch new generation compact models to counter the models that are launched by its rival firms BMW and Mercedes Benz.

The Audi Q3 accounts for around 25 percent to 30 percent of the overall Audi sales in the country and of this around 10 percent to 12 percent is contributed by the manual version, claimed the industry insiders.

The people familiar with the plans of Audi claimed that the auto manufacturer is exploring the chances of announcing the manual versions of the A3 and A4 sedans. The firm might be using the MQ 350 transmission that was used in the Q3 in these sedans.

An Audi spokesperson declined to comment on the upcoming products and the plans of the manufacturer. Recently, Joe King, the India Head of Audi claimed that the Audi A3 is the perfect size for the Indian market and that the firm has no plans of launching any entry level hatchback to take on the A Class from Mercedes Benz and 1 Series from BMW.

Audi’s challengers Mercedes Benz and Volvo Cars India claim that they have no plans of coming up with manual card as they consider that the move is retrograde in the Indian market where 99 percent of the premium and vehicles are automatic.

On the other hand, people associated with Audi say that the firm will create a new entry level model and make it manual as people enjoy driving such vehicles. They claim that if it is retrograde, the Audi Q3 manual would not be a best seller even after 18 months of its launch.