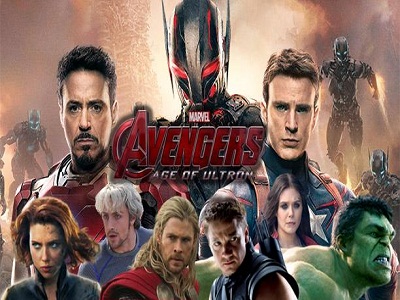 The upcoming Hollywood superhero movie called ‘Avengers: Age of Ultron’ has come up as the most marketed firm in India. Well, the film has tied up with around 50 brands for promotional purposes that are twice the number of brand associations made for Ra.One that was starred by Shah Rukh Khan.

Notably, the successor to Avengers is the highest grossing Hollywood firm that is expected to earn a revenue of Rs 120 crore in the retail sales via the tie-ups that are made with brands such as Funskool, Pantaloons and Mountain Dew, claimed a person famililar with the marketing deals. As of now, Ra.One has been the most marketed film with revenue of Rs 50 crore from the 25 brand associations inIndia.

Regarding this, Abhishek Maheshwari, Vice President and Head at Disney Consumer Products claimed that brands partnering with the film Avengers are influencing on the popularity of the products in the country and the audiences show a similar preference as their global counterparts. He added that this is a record brand association that has bee witnessed for aHollywoodfilm in the country.

Walt Disney Studios distributes this movie that is produced by Marvel Studios. The movie will be released inIndiathis Friday, April 24 that is a week before its May 1U.S.release date.

Furthermore, PepsiCo’s Mountain Dew is releasing around 3.5 million packs with the packaging of Avengers, Subway is announcing a menu based on the film and Amazon.in is creating a new Avengers Store that has toys, apparels, electronics and accessories. Some of the other brands associates include Ferrero Rocher’s Kinder Joy, Funskool, Hero Cycles, Myntra, Pantaloons, Tupperware, Hamleys and Landmark.

The officials in the industry claim that the difference between the marketability of the Bollywood andHollywoodfirms in the country are blurring. The highest marketedHollywoodmovies in the country are Spider Man 2 by Sony Pictures in 2014 and Avataar by Fox Star Studios in the year 2009.