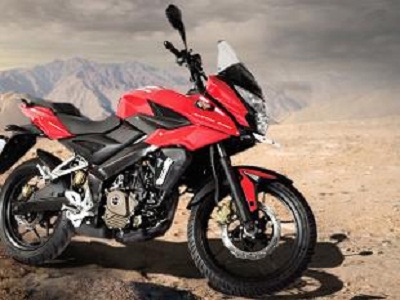 On Tuesday, Bajaj Auto announced the launch of a couple of new models in its popular Pulsar lineup of bikes. This move marks an expansion in the lineup of the Pulsar range in the country. The two new models that are launched at AS 150 and AS 200 that are priced at Rs 79,000 and Rs 91,550 respectively as per the ex-showroom pricing in Delhi. Notably, these new models AS 150 and AS 200 are launched under the Pulsar Adventure Series. Bajaj Auto has been a leading manufacturer in the two wheeler market in the country when it comes to product initiatives. The firm has been involved in continuously expanding its Pulsar lineup of vehicles to cater to the requirements of the consumers with varied preferences, especially in the sport category.

Bajaj introduced Pulsar initially in Indiain the year 2001 and there has been a huge response from the consumers across the country for the performance of this vehicle. At present, the lineup of Pulsar vehicles sell around 60,000 units per month. Also, Bajaj has gained the leadership market share of 43 percent in the domestic sports motorcycle market segment. This way, the firm makes the Pulsar bikes the leading ones in the sport bike category for the 14th year in a row.

Regarding the launch of the AS 200 and AS 150 vehicles in the Pulsar lineup, Eric Vas, the President of Motorcycles Business of Bajaj Auto Ltd. claimed that the Pulsar Adventure Sports (AS) series will be a delightful offering to the young bikers who are interested in fulfilling their requirements related to the need of everyday city riding and also their desire to explore the vast and incredible outdoors during the weekends simultaneously.

The Adventure Sports series vehicles that have been launched recently will be further expanding and growing this segment by providing a product that matches up the new age consumers’ lifestyles and their requirements when it comes to riding, added the executive.

admin - May 12, 2021
0
Mumbai, 12th May 2021: WATConsult, the globally awarded hybrid digital agency from the house of dentsu India, has released its latest issue of WATPapers,...