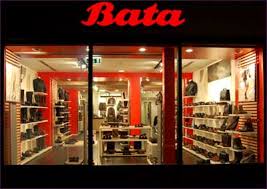 May 22, 2014: The largest shoe manufacturer in India, Bata has set its vision to tap rural and tier 3 and 4 cities in India having less 5,00,000 population as part of its plan for next phase of growth. The company has decided to adopt a franchisee model to tap these smaller markets. The plan is to have 100 such stores in these markets in 2 years time. Initially they will be launching 20 such stores in franchisee model. They are also signing up with wholesale providers who can sell to retail stores in rural India.

Bata India also started a rural marketing division internally to focus on accelerating sales in rural markets of Rajasthan and Uttar Pradesh. The company plans to keep the price range of their shoes in smaller towns at around Rs 2000 and for rural villages to be around Rs 500. According to the sources, this will help them penetrate a large chunk of this unorganized market of smaller towns and rural villages, which is around two-third of the $35 billion footwear market in India.

This is company’s second attempt to penetrate to the unorganized footwear market, earlier they launched a product line Footin targeting young population who buys footwear from street stores. The company has also announced plans to modernize its manufacturing units to scale up their production to meet the market demand.