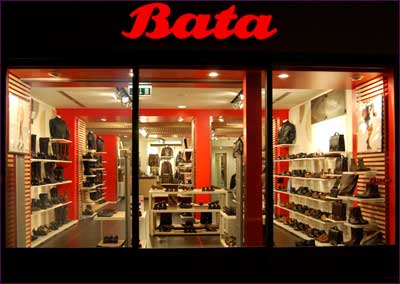 June 3, 2013: BATA a household brand in India which created ripples in the retailing industry even before organised retailing started taking roots in the country is gearing up for some very ambitious plans in the future. According to sources, the Gobal footwear manufacturer is planning to open 100 stores in India every year. Apart from opening stores across India, they have also planning for specialised stores for its HushPuppies brand which is licensed.

BATA which has already around 1250 stores opened 189 stores last year and these 100 would be in addition to the existing ones. Talking about the investment for a store, Rajeev Gopalakrishnan, Group Managing Director, BATA India Ltd. said “We invest almost Rs 1crore for a store spread across 3,000 square foot.”

The company which is witnessing 20 per cent growth year on year in the top line is planning to focus more on independent stores and add 5 to 10 stores every year according to Thomas George, BATA Global Chairman & Chief Executive.

Passionate In Marketing - July 18, 2014
0
July 18, 2014: Facebook has started testing a new “buy” button on its website in the United States which will let consumers purchase products...

Hotels in India bring in innovation in their service offerings to...

Mercedes to launch hatchback A-Class in May

PepsiCo and ITC to Launch New and Healthy Packaged Snacks

Ford new models to be launched after Figo Aspire to increase...