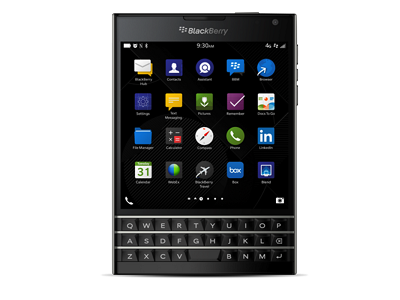 BlackBerry, the Canadian smartphone manufacturer is enticing Apple customers by providing a cash offer when they come to exchange iPhones for the new BlackBerry Passport that is a squarish smartphone equipped with a physical keyboard. This promotion was announced on Monday and it will be going on for around three months until February 13, 2015 inCanadaandUnited States.

Those customers who exchange their iPhones for the BlackBerry Passport smartphone will receive a maximum of $400 cash back based on its model and condition. In addition to this exchange price, the customers will also receive a gift card worth $150.

BlackBerry has been following the exchange strategy for some of its smartphones even in the last year, but this is the first time that the vendor has directly gone against Apple. Especially, this is the most attractive deal announced by theCanadabased firm after it launched a turnaround plan in the last year to cope up for its massive losses.

BlackBerry announced the Passport smartphone in September and it was named so it measured the same as the travel document. The device was specifically designed to suit the corporate users, which is a segment that BlackBerry was knocked out after the emergence of highly competitive consumer smartphones from various other vendors such as Samsung and Apple.

In the same month, BlackBerry reported that it has narrowed down the losses in the latest quarter and claimed its hopes to restructure its business with new enterprise friendly devices that will help the firm to achieve a turnaround.

For three months that ended on August 30, BlackBerry reported a loss of $207 million on $916 billion in revenues that is largely split between sales of services and software and over two million smartphones.

The firm made its way into the smartphone market early, but it happened to struggle to keep up with its competitors in the recent years. Back in 2013, the maker came up with the BlackBerry 10 operating system and some new smartphones in an attempt to recuperate the lost battle. But they could be help the vendor significantly for several reasons pushing the firm to focus on the enterprise users once again.

Author - January 21, 2022
0
These are the top AI start-ups with the most investment, which tech professionals should keep an eye on in 2022.