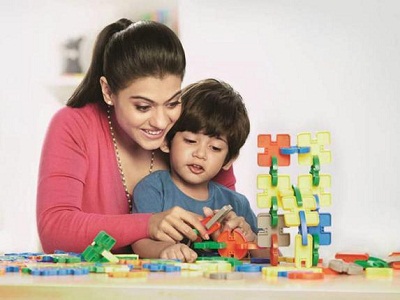 The nutritional drink for kids between 2 and 5 years from Cadbury, Bournvita Li’l Champs has come up with a new packaging and rolled out an integrated ad campaign as well. The campaign includes multiple TVCs that are conceptualized by the advertisement agency, Ogilvy & Mather India.

The first couple of TVCs feature Kajol, the Bollywood actor. She plays the role of the mother of a kid. Speaking to the camera, she states that 90 percent of the brain development happens before five years of age. The nutritional benefit claims are done after a playful exchange with the kid. In the second commercial conveys the same message. The child lip syncs the dialogue of Kajol and the vice versa.

The Associate Director of Marketing of Beverages, Candy, and Gum at Mondelez India Foods stated that the focus of the new set of ad films is to address a mother’s anxiety to get the accurate balance of nutrition for her kid. Kajol being a young mother identifies the necessity of parents to provide adequate nutrition to their children and the mental and physical stimulation to develop the young minds of kids.

Cadbury Bournvita Li’l Champs has been helping millions of mothers by providing the nutrients that are essential for their kids. These nutrients will be lacking in the daily diet of Indians. In the latest campaign, the mother of two kids, Kajol conveys this message in an engaging and fun manner.

The Creative Director at Ogilvy & Mather, Ryan Mendonca stated that not many people know that 90 percent of the brain development of a child takes place within the age of five. They wanted to use the young celebrity mom Kajol in an interesting way that there will be traction among audience. Inspired by the Dubsmash series, the campaign will educate moms of kids below five years of age. The brand will also come up with a dubsmash contest for the moms who are social media savvy and children.

Who are the leaders in Digital Book World?