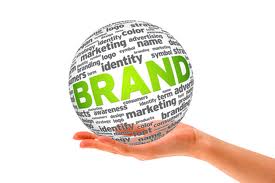 The year 2013 looks ripe for brand marketing. This particular genre of marketing has the year marked in red as more and more companies would be joining the bandwagon for extensively carrying out brand marketing. With the companies using social networking sites and campaigns going viral, the companies would be having a hectic time to manage these campaigns in the coming years. Some of the big names have already hired consultants to look into these tasks of enhancing and protecting their onsite reputation.

The social media has made it quite easier to find the gold out from the glimmer. With the onset of these sites with predominance, consumers find it easier to identify the products that would benefit them better. So the brands would have to a hard try to maintain their customer’s trust on the product in order to have them moving in the market. With latest trends tilting in favor of mobile usage and data connectivity, the marketing arena is in for an inevitable change.

The success of brands in 2013 would be based on its ability to be the driving force for change rather than being a mere part of it.  The trend of having brand experiences quoted by the actual users is evolving faster in the marketing arena. Leading brands such as Apple are already into it. This strategy of the brands promoting their products with experiences quoted is found to attract the customers too. This trend is all set to draw marks in 2013.

Brand visualization is another major trend which would be dominating 2013. With the development of sites such as Instagram and Pinterest, visual content is gaining importance along with digital publishing. The brands are all set to make their sites enriched with visual content capable of telling their stories. This is already replacing the images and pictures that previously adorned the sites.  They are all set to address the crowd rather than tapping each one of them individually to create an overall effect.

With the dusk of this year, brand marketing would be at its best pace with clear strategies advocated by the companies for the promotion of their products.

Passionate in Marketing - July 29, 2021
0
Manforce Condoms has never missed a moment to leverage the occasion in a different way and has proved themselves to be the number...