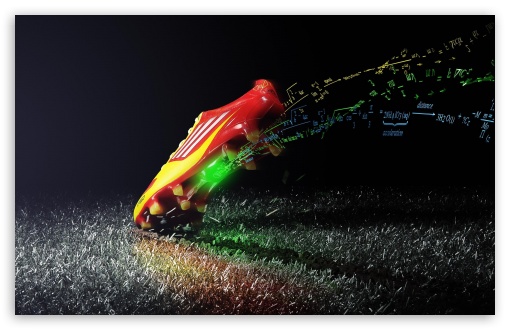 June 9, 2014: As the football World Cup fever hots up and the fight to win over consumers among different brand is at an all time high, the companies are leaving no stone unturned in their pursuit to take the competition to the next level. In the athletic companies also this fight is becoming evident with the two major sports shoe brands Adidas and Puma gearing up to fight a pitched battle against each other. With month long football World Cup all set to kick start in Brazil Adidas and Puma are uplugging all stops to get visibility on the players, their kits and their boots which will be displayer for billions across the globe. If for Adidas it’s the ‘swoosh’ sign then for Puma it is the ‘leaping cat’ and both companies are doing their best to make these marks visible. Not left behind is the world’s number one brand in athletic footwear, Nike

If Adidas is the official World Cup sponsor through 2030, Nike is betting on a good showing by Brazil. Puma is also trying its best by making each team wear a different colour of shoe on each foot. All these sports companies have started campaigning aggressively on social media and other platforms. Off late Nike has been aggressive in making their presence felt in soccer and the company has achieved nearly USD 2 billion in soccer related sales last year challenging the position of Adidas. Though Nike is number one in athletic footwear, apparel and sports equipments, Adidas enjoys this position in soccer. Adidas last year made sales of USD 2.4 billion and expects to push this number to USD 2.9 billion after the World Cup.

Adidas was the first to launch a pair of soccer boots in 1925 and Nike entered the soccer market in 1994. Game of soccer has always been dominated by the Adidas brand and every year since 1970, the company has been designing the ball to be used in the tournament. This world cup also Adidas has surpassed the sales of Brazuca balls compared to sales of Jabulani balls in the last World Cup by 30 per cent. Out of the top 10 most marketable players, Nike has the most number of them i.e. 6, followed by Adidas with three and Puma with one. Nike is sponsoring Cristiana Ronaldo and Lionel Messi is sponsored by Adidas which makes the fight all the more interesting.

When it comes to jerseys, Nike has designed the kit of 10 of the 32 teams, Adidas for 9 and Puma for eight teams.
Though Puma has got just 8 per cent market share in the world soccer market, the German sports major is also trying its best make a presence felt among the two big brands Nike and Adidas. As the date of kick off nears this fight among the major sports brand is going to hot up in the days to come.