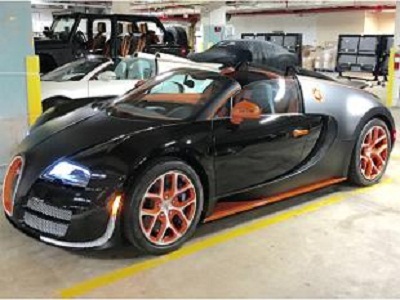 Volkswagen AG’s Bugatti is expected to survive at least for another supercar generation amidst the emissions scandal. Regarding the same, Bugatti stated that it will launch a news supercar as soon as it opens the revamped showrooms in Miami and Manhattan on Thursday.

Stefan Brungs, the Sales Chief at Bugatti stated that the interest in the successor of the Veyron that was sold out is phenomenal, especially in the North America. He stated after Miami and Manhattan, new outlets will be opened in Tokyo, Monaco and Munich.

The new showroom concept of Bugatti is a fundamental investment that the company will make in the brand’s future, stated Brungs.

The amplifying scandal over the rigged diesel engines as well as understated carbon dioxide emissions has drawn the scrutiny if Volkswagen will adhere to the extravagant operations. This includes the Bugatti as its parent company is planning to cut the wide ranging spending in order to become more efficient. The cleanup will cost a minimum of 8.7 billion euros, stated Volkswagen. The CEO of Volkswagen, Matthias Mueller stated that the group will scrutinize the vast lineup consisting of over 300 vehicles and remove the ones that are least profitable.

Profitability was never the strong suit of affluent and highly engineered Veyron. Though the sports car with two seats was sold for a very average price of 2.3 million euros, its development and manufacturing with gold, titanium and porcelain would have made Volkswagen lose around 4.6 million euros on every single Veyron that were sold.

Volkswagen has hinted that its successor is coming soon. The next iteration of the Veyron will be faster, stated the brand’s chief Wolfgang Duerheimer. This announcement was made in September at the Frankfurt auto show. Now, the confirmation regarding the survival of cuts by Bugatti has come.

Baahubali 2: The Conclusion marketing reaches peak with deals worth over...

Digital media advertising surging ahead in 2012