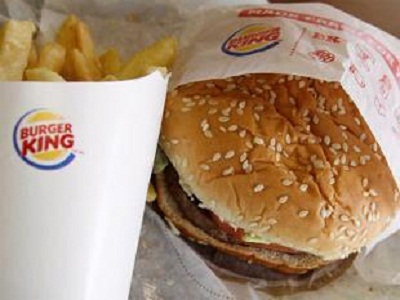 As the Indian fast food industry is witnessing a sizzling growth, US based Burger King has managed to jump to the e-commerce bandwagon. It was the same trend with McDonald’s inIndiabefore it opened its very first store in the country. Well, the second largest burger chain in the world followed by partnering with eBayIndiato launch its burgers online.

Same way, consumers can pre-order Whopper, Burger King’s signature burger that is one of the most popular burgers in the world for its five inch diameter online for a limited time period and this will coincide with the store launch of the company.

Regarding this, Uma Talreja, Chief Marketing Officer, Burger King India claims that it would be the best bet for the firm to reach maximum consumers in their pre-opening days itself. The Indian consumers appear to be welcoming Whopper by posting pictures of the same on the official Facebook page of Burger King. This move by the consumers has made the firm to opt in for an online pre-ordering system initially.

Burger King is slated to open its very first store inIndiain the national capital on November 9 and there will be subsequent launches in 10 other locations including Mumbai. The pre-order system is available only till November 5 during which the Whopper is priced at Rs 128 and the consumers can redeem their coupons at the Burger King outlets.

The e-tailing industry has boomed to such an extent that apart from tech manufacturers such as Xiaomi, Motorola and others having partnered with them to launch their devices exclusively via the online portals.  Now, even the food and beverage brands appear to be taking the online route to bestow the pre-launch interest among consumers. Even Coca-Cola announced its new diet drink Coke Zero online as the major partnered with AmazonIndia.

Regarding the partnership with Burger King, MD of eBayIndia, Latif Nathani claimed thatIndia’s e-commerce space would witness more such partnerships as Indians are drifting to e-commerce. A serious indication for this is the interest shown by food and beverage firms in moving online to reach maximum consumers in a minimal time.

Passionate In Marketing - August 10, 2020
0
This pandemic has been all about fighting together and stepping up for each other, through all the possible ways. The chaos this crisis has...