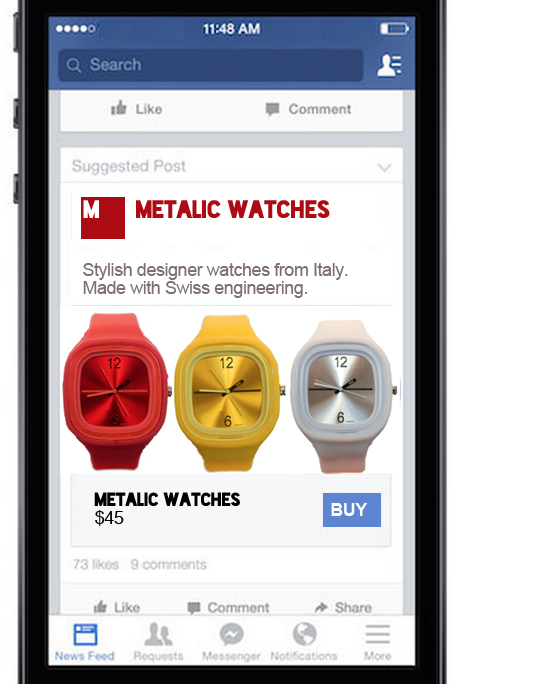 The social network Facebook is coming up with a new way to sell things. Buy button on Facebook will soon facilitate shopping. It is allowing specific stores sell their products via their social network account directly with the introduction of the “buy” button on their official Pages, claim reports from BuzzFeed.

Though Facebook is still testing this so called “shop section”, this move makes sense given the most recent launch of the peer to peer payment capabilities. This will pave new ways for the stores to interact with people via the messages and it is escalating the dedication to keep people within the ecosystem of the social network to the maximum possible extent.

This is not the first time that Facebook has taken an attempt to strike at the e-commerce industry. In 2011, the social network let a bunch of different brands including JC Penney, Gamestop, Gap and Nordstrom to open stores on the social network. However, these closed within a year’s time.

Back then, many merchants claimed that they wanted to close their shops as the customers prefer shopping on the regular websites. Eventually, they claimed that there were not sufficient returns on the investment that they made.

Of course, the e-commerce industry has increased massively in the recent years. It has become much more normalized for people to buy stuff right from their phones. There are buttons on Google, Twitter and Pinterest as well.

Facebook has announced that it will not take a cut on the sales that are made on the network, claimed the report. However, it states not to expect a bunch of buy buttons emerging on the merchant pages right away.

A Facebook spokesperson has told that the social networking company is planning to expand the roll out of the “buy” button in the coming weeks including more businesses to have the feature and enjoy the benefits. However, it will remain quite small initially.

admin - April 7, 2021
0
~ Achieving yet another milestone, the actress-turned-entrepreneur is making waves in the beauty industry with her innovative brand~ April...