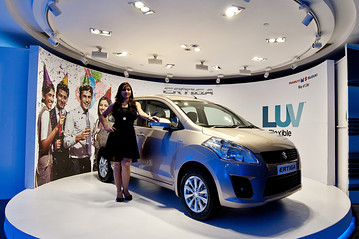 March 11, 2013: Automobile industry is really facing the heat and more so are the car manufacturers. Car sales in India have dropped down by 25.7 per cent in February and this is the biggest slide in more than 12 years. Car sales have been consecutively nose diving since last four months because of sluggish demand and according to various sources, the month of March is not going to be much different.

The maximum impact of slowing economy has been on the small cars and this is the segment which has seen maximum decline. The impact has been such that, Maruti, one of the biggest manufacturers of small cars in India gave a one day production holiday for petrol cars at Gurgaon Plant on Saturday. According to the data from Society of Indian Automobile Manufacturers (SIAM), Automakers in India sold 158,513 cars in India last month. Car makers like Tata have also been struggling with falling sales, falling market share and unsold inventory forcing them to come out with buy back offers for their Tata Manza cars which is something unheard of in the Indian market.

The Union Budget has also not been of much help for the automobile industry and the announcement from the Finance Minister raising the taxes on SUV’s has come out of the blue affecting the SUV manufacturers. Certain manufacturers like Renault-Nissan have been generating revenues from the success of its mini SUV Renault Duster and this is certainly bad news for them. If you though that in the automobile industry it is only the car manufacturers who are facing the heat then it is certainly not. Things are not so different for other automobile companies as well. According to SIAM, there has been a 4.5 per cent drop in sales of motorcycles and 11.1 per cent drop in trucks as well. These figures show how economic slowdown has gripped the automobile industry. It remains to be seen how these manufacturers forecast their demand in these testing times and come out of the mess.