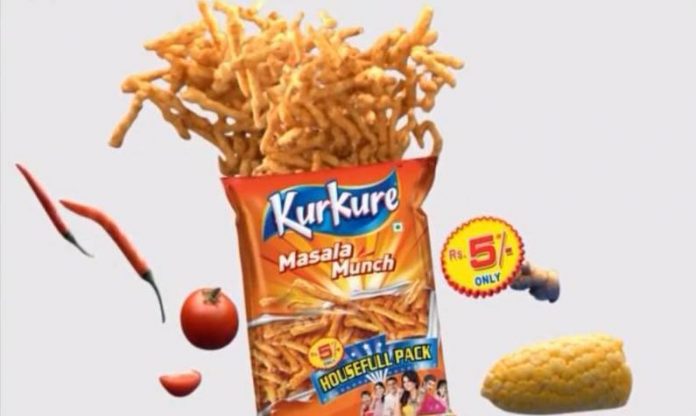 What do you do when lookalikes threaten your brand and become an irritant. Naturally you hit back and this is precisely what PepsiCo intends to do with its new Kurkure campaign. PepsiCo has decided to take the competition head on and has come out with its new TV commercial which asks its viewers “Kuch bhi crunchy milega toh khaoge kya?”. The advertisement ends with a statement ‘5 Rupaye mein koi khaane waali cheez khao.’ According to Nalin Sood, Category Director, India Snacks, PepsiCo there are over 140 look alikes and 2,500 local players in this segment and now the company is trying to push Kurkure in the Rs.5 price point as that is an impulse category and people are not attached to any particular brands.

Kurkure which is constantly adding local flavours through the new Television Commercial is not only trying to create an impact in the Rs.5 price point but also trying to bring in some brand loyalty. The market share of PepsiCo’s Lay’s and Kurkure have been witnessing a downfall in the Rs.9,500 crore Indian snack market as players like Balaji, Yellow Diamond and Crax have been able to make an impact in the local market. Kurkure and Lay’s lost its market share by 2-3 per cent last year and it was Bingo, Parle and other brands which gained according to a report by Nielsen.

PepsiCo before the launch of the new TV Commercial is said to have carried out intensive pre-tests with consumers. In the words of Mr. Sood about the research “During the research conducted both prior and post the campaign, an overwhelming majority associated the pack with the unorganised/unbranded snacking options available and not to any branded large national player.” Though Mr. Sood and PepsiCo believes in this proposition there are a lot of experts who believe that this new TVC does not quite hit the nail.

Some experts believe that this new TVC would not help PepsiCo much in targeting lookalikes. In the words of KV Sridhar, Chief Creative Officer, Leo Burnett,  “If they are targeting look-alikes, then the advertisement doesn’t talk about it.” It remains to be seen if PepsiCo in its eagerness to generate sales and hit the lookalikes have missed out the finer details.