‘Maggi’, the very popular brand in Indian packaged food market, was introduced in India in the year of 1982. This brand was introduced in India by Nestlé India Ltd.   The dominance of Nestlé India Ltd (NIL) in instant noodles market is still unquestionable. It has been able to beat competition from the likes of ITC (Sunfeast Yippee), and GlaxoSmithKline’s (GSK) Horlicks Foodles.

First-mover advantage in the instant noodles segment helped Maggi to retain their market leadership over the years. Also Maggi had made brand extension through a variety of 300 culinary products like soups, ketchups, and sauces among other products. These product extensions however, did not become as popular as instant noodles. The brand positioning strategy adapted by Maggi for its successful voyage is really worth for marketers to learn.

At the time, when Maggi made their entry in Indian mark, Indian customers were much conservative in their food habits, preferring homemade traditional food, rather than canned or packed food. At the initial stage, they targeted Indian women on the perception that they can be easily attracted since maggi is easy to cook. But all such efforts did not really work in the expected fashion.  To find out the exact problem, NIL conducted a market research and found that children are the largest consumers of the product. So, NIL positioned Maggi noodles as a ‘convenience product’ for mothers and as a ‘fun’ product for children by wearing the tagline of ‘Fast to Cook Good to Eat’ (in 1980s).

Advertising taglines like ‘’Mummy, bhookh lagi hai’, ‘Bas 2-Minute,’ and ‘Fast to Cook Good to Eat’ (in 1990s) easily positioned Maggi in the minds of target consumers. Along with aggressive advertising, NIL had adopted other measures like distributing free samples, giving gifts for empty packages, etc for increased product promotion.  In 1988, Maggi launched its first extension product ‘Maggi instant soup’, which soon acquired a prominent position in the packaged soup market in India.

From the year 2000 onwards NIL came up with a new marketing strategy that focused on the development of health and wellness products. They shaped their marketing strategy after considering the changing lifestyles and eating habits of Indian consumers. As an outcome of this, Vegetable Atta Noodles entered Maggi family in 2005.  At this time they promoted their products with the with the tagline “Taste bhi, Health bhi”. By 2010, Maggi faced severe competition due to new entrants like ITC (Sunfeast Yippee), GlaxoSmithKline’s (GSK) Horlicks Foodles, Hindustan Unilever’s (HUL) Knorr Soupy noodles, and Big Bazaar’s Tasty Treat.

The competition continues, but still ‘Maggi’ stands as a market leader in instant noodles market. To maintain their market position, NIL has started to offer aggressive discounts and incentives to retailers on Maggi. Maggi’s market share had slipped from 90% (which was 2 years ago) to 80% in the last few months. But now, through innovative marketing strategies they have regained some ground and now they have 88% market share. But in the future Nestle expects the competition to hot up and it remains to be seen what all innovative steps that Nestle would take to arrest the erosion of their market share. 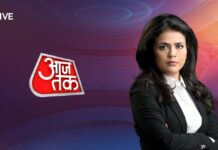 Passionate in Marketing - August 9, 2022
0
~The Web3 Discovery Fund will invest in and incubate Indian startups and curate them for evaluation by marquee global investors~