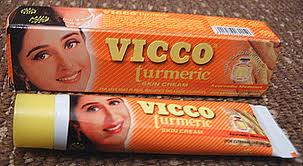 Vicco’s history can be read 60 years back.  Vicco Ayurvedic brand was founded by the late K.V. Pendharkar who at a point later came to known as the world’s largest ayurvedic product manufacturer.  Vicco’s product portfolios include the once famous Vicco turmeric cream, Vicco Vajradanti powder, Vicco sunscreen cream and toothpaste.

As mentioned above Vicco turmeric is the first ever fairness cream that was launched in India. The product was a huge hit among the women consumers who preferred natural treatment in place of chemical cosmetics for their skin. The pioneers of the fairness cream were quite successful in building the brand image on the minds of consumers as ayurvedic cream.

Vicco created magic in the market during the early 80’s and 90’s with their most popular jingles “Vicco turmeric nahi cosmetic…Vicco Turmeric Ayurvedic cream”. They delivered what they promised. The consumers were satisfied with the results and quality which encouraged Vicco to enter the international market and introduce new variants under the brand. They were quite successful in creating the brand equity.

The campaign targeted the young women who were about to get married.  This was because marriage was the most celebrated event for the women during pre liberisation period in India. But unlike other fairness creams who followed Vicco, they failed to understand the changing aspiration of their target consumers.

The fall of  Vicco turmeric cream

By 1990’s the aspirations of Vicco’s target audience was changing. During the later 90’s Indian women was transforming to be more independent and self reliable. Vicco’s target group was not only celebrating marriage but also many other occasions. Vicco’s competitors, Fair n Lovely and Cavin Kare realized the changing value of the customers and started re-positioning their product to appeal the new aspirations of their target consumers whereas Vicco stayed where they began.

Vicco continued with the same packaging and same jingles for their brand. They continued to emphasize marriage as the only occasion woman celebrate while the consumers were changing on other side. This can be said as a perfect example of Marketing Myopia where Vicco failed to gain an insight on the needs of consumers.  This approach saw Vicco losing its market share to HUL’s Fair n lovely.

The latest development is that Vicco is again going to hit the market by launching face wash and shaving cream from its house. Will Vicco regain its lost market share with its new launch?. Or will they continue with its conservative marketing approach? This is something really worth to watch. 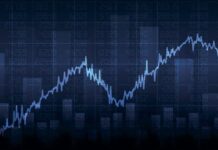 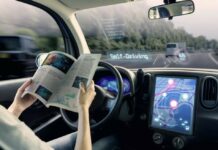 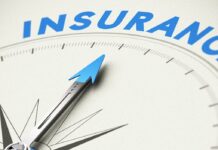 Pratiksha Bhapkar - October 12, 2021
0
We witnessed last year how essential data-driven HR is for managing day-to-day company operations while also changing how we work in the...