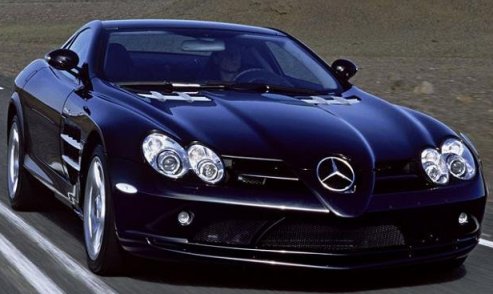 Honda, Nissan and Suzuki are losing out in the luxury car segment in India. A popular brand for small and mid-sized car segment, Maruti Suzuki withdrawing their luxury car Kizashi model from the Indian market sums up the fate of Japanese giants.  At the same time German brand Mercedes had sales of 125 S-Class luxury cars with a hefty price tag of $250,000 in mere 16 days.  This is interesting and surprising too.

The luxury car segment in India

Though the total passenger car market fell down by 6% in India, the luxury car segment went up by 6% with a total sales turn over reaching close to 30,000 to 35,000 units in India. As per the latest reports, Audi has taken a lead over Mercedes and BMW in this segment. IMRB is of the view that the growth will further pick up and reach 15% over the next couple of years.  The luxury car segment usually starts from a price tag of close to Rs 20 lakhs.  In matured markets like US the luxury car segment is around 15% of the passenger vehicle market, but in India it is still 2%, hence the market still has the potential to grow further.

Economy lull in India has not impacted this segment unlike the small and medium sized segments. The whole passenger segment’s growth has slumped to 14% from 30% as the middle income population is now wary of spending in cars. However the dullness in Indian economy has not impacted the business class and higher income segment.

Mumbai and Delhi are the largest markets for luxury segment, but many smaller Indian cities and affluent rural areas are also opening up to the demand of luxury cars.

All the three German brands, Audi, Mercedes and BMW have taken top three positions in this segment. The new entrant who has done well in recent times in Tata promoted Jaguar who sold around 2500 units last year.  Among the Japanese models, only Elantra and Sonata of Hyundai have a meagre presence in the market, but the number of cars sold is too negligible considering the volume of German brands.  Though BMW has dropped its sales by 22%, the sales of Audi and Mercedes have gone up by 11 and 32% respectively in 2013. They have a richer portfolio too including models in SUV segment; this is where Audi beat even BMW. The aggressive sales of compact models like SUV Q3 helped Audi to improve their turn over. On the other hand BMW’s models were getting aged like X1 and there was lack of hype with models like X3 and X5. Mercedes did well as it was able to reduce the prices as they shifted from fully importing mode to having some of their manufacturing operations in their Pune plant. However one trend is clear – the Japanese brands are nowhere in the picture.

The poor show of Japanese brands

It is an irony that Japanese brands have a lion market share in the smaller and mid-size passenger car segment. Maruti Suzuki is still the largest selling brand in Indian automobile market; however their show in luxury car segment has been quite disappointing.  According to Maruti Suzuki’s company officials, their perception of being a value brand, which worked well for their show in lower segments, has gone against them in the high end car segment. Higher class people prefer style, comfort and sophisticated features and a global brand when it comes to buying luxury cars. This is where German brands and scoring over Japanese. BMW, Mercedes and Audi have got huge brand value being stamped for luxury.  Clearly the Japanese cars lagged behind the German brands in both features and brand promise.  Their inability to assess the needs of Indian higher income class consumers and lack of proper branding and positioning led to their poor show in this segment.

Passionate In Marketing - August 12, 2020
0
Gozoop the leading Indian digital agency has acquired the digital marketing mandate of Storia, a Mumbai based beverage brand. The agency...