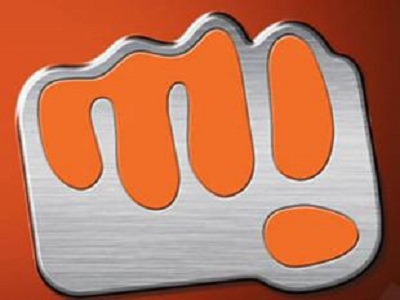 Last year, Micromax surpassed the Korean giant Samsung Electronics Co Ltd and became the leading smartphone brand in the country. Now, its market share has almost halved and many top executives have resigned. The company is planning to grow outside India.

The country’s smartphone market is the fastest growing one in the world. The smartphone shipments have reached 29 percent to the last year’s 103 million units. The rapid growth has helped the local brands that outsourced production to the China based manufacturers. Samsung has come up with many affordable phones and even the Chinese companies are entering the country with their brands. The decreasing prices and the broad range of devices have made the Indian mobile buyers rethink think their strategies.

This is the same thing that the Indian brands did to the international players in the country two years back. Now, the Chinese brands are doing this to the Indian companies. There will be a tremendous competition for the largest Indian smartphone manufacturer Micromax and others, stated an analyst at Counterpoint Research, Tarun Pathak.

Apart from this, Micromax founded in 2008 is facing management tensions as well. In 2014, the company’s founder brought managers from outside to lead the company. This was the time that Micromax was fighting Samsung to become the country’s largest smartphone vendor.

Soon, tensions developed between the company’s founders and the executives who were newly hired. These conflicts weakened the attempts taken by Micromax to raise funds that facilitated expansion. At least five of the senior executives of Micromax have resigned the company since November 2015. The latest on the list is Vineet Taneja who was the CEO since 2014.

It is not only Micromax but the whole smartphone industry that is suffering. The Chinese makers such as Oppo and Coolpad were making devices for the other companies like Micromax. These companies have now turned their focus on India and the other vendors are forced to introduce many affordable devices.

In 2015, as per Counterpoint Research, the Indian brands such as Micromax, Lava, Karbonn and Intex have witnessed a drop in their market share from 48 percent to 43 percent. But, the Chinese brands have doubled their share reaching 18 percent. Moreover, these Chinese firms have started partnering with the e-commerce portals such as Flipkart and Amazon to sell their devices directly to the customers, save the distribution and sales expenditure and reach new buyers.

Micromax is planning to increase its production in India and double the local manufacturing output to 3 million units per month from 1.5 million units per month within 6 months to a year. It is already one of the top 10 players in Russia and it is looking for a partner to expand outside the subcontinent. Besides smartphones, it is also planning to diversify its portfolio into tablets and televisions.

Basically, it has been suggested by analysts that Micromax needs to diversify the product lines apart from scaling geographically. The key to its success is how well it manages this diversification.