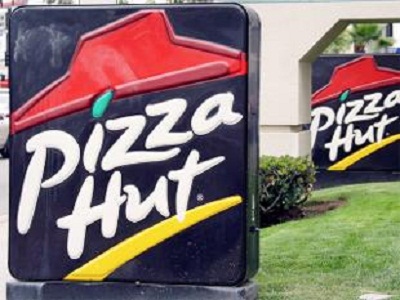 The CEO of Yum, Greg Creed thinks that he found out why the sales of Pizza Hut have dropped. He stated that the pizza chain should be more like Uber, the car hailing service. Creed stated that the Uber experience is easy to use, easy to pay, and easy to track. He also claimed that that was a time when the method to beat the competition was to possess a better product.

As per Creed, Pizza Hut has not paid a great attention to make the life of customers easier as it focuses only on being better. Creed further stated that ‘easy’ can beat ‘better’ and this technique will energize the three fast food chains that include KFC, Taco Bell, and Pizza Hut. This means that things from cutting the time off the drive through wait to reaching into areas such as delivery, catering and ordering are included. Yum notes that the chain’s sales were flagged as Pizza Hut is frequently cited as the favorite one of the customers. Pizza Hut takes over two minutes more than its competitors to deliver to the customers. Among the other reasons, this contributes to the flagging of Pizza Hut in the U.S. as its challengers have prospered.

In the recent years, the competitor of Pizza Hut made it convenient for the customers with the online ordering and mobile application that fuelled its growth. In 2014, the sales of Domino’s have increased by 7.5 percent at the U.S. locations that are well established. This follows the 5.4 percent growth of the chain in the previous year.

While Domino’s grew in terms of sales, the sales of Pizza Hut fell by 3 percent at the locations that were well established in 2014. This follows a 2 percent drop in sales in 2013.

Creed thinks that to get back on track, Pizza Hut’s management was locked in a room to bring a clear brand identity. That is when the team came up with the thought ‘easy’ can beat ‘better’. The team cited Uber and Amazon as examples as they were able to win the business by making it easy for consumers.

Though the team at Pizza Hut is going to focus on making things easy for the consumers and not to compromise on being better, it does not remain clear on how it will work out for the firm. As of now, Creed has not revealed any further plans for the competitive reasons, so we need to wait to see how the chain will prosper.

Passionate In Marketing - June 30, 2020
0
Practicing Yoga normally is believed to have various health advantages and other benefits too. On blended Dabur Honey together with Yoga, they form the...