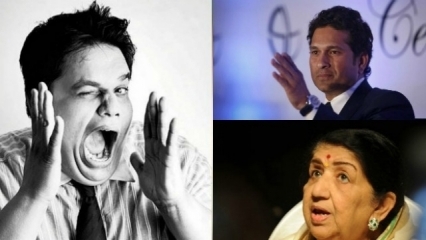 The political parties seem to have sunk their differences on the Snapchat spoof that was put up by Tanmay Bhatt, a comedian.

Just two-minute comic video centering Lata Mangeshkar and Sachin Tendulkar managed to earn him a slew threats from the MNS.

He is the co-founder of All India Bakchod and a stand-up comedian. He is known for the funny podcasts and web shows on various subjects.

The controversial comedy shows a mock conversation between Lata Mangeshkar and Sachin Tendulkar on who is a better batsman – Virat Kohli or Sachin Tendulkar. It takes podshots at both the celebrities who were mocked and has derogatory references on age as well as dying.

MNS lodged a police complaint and party members want to give Bhatt a good thrashing. NCP also held a protest against him. The Mumbai police are consulting the legal experts and they will contact YouTube and Google on blocking the video that was posted on Facebook and Snapchat on May 26.

Chetan Bhagat has reacted to it saying that no one can arrest people for making jokes, though the jokes are bad. Riteish Deshmukh commented that disrespect is not cool or funny. Many celebrities have commented on the issue.

But, taking about ethics, India is a democratic country where there is freedom of speech to everyone. However, one should keep in mind that freedom of speech means expressing one’s view and opinion without harming others. Does free of speech mean the use of derogatory language just to gain fame and lure fans? Some people think that using the social platforms such as YouTube for self promotion by defaming other people is ethical. But, it is definitely not ethical as the insult spreads virally insulting and hurting the person to a great extent.

YouTube is a nice platform that can impart great knowledge to many people with the good contents that it has. But, there is increased possibility for this platform to cause negative publicity as in the case of Tanmay Bhatt. Does the negative virality produced by YouTube mark a good means of marketing? 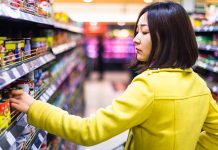