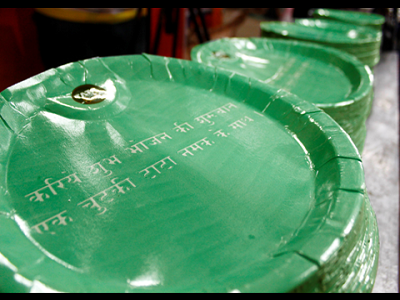 Tata Salt, the market leader in the edible salt segment in the country is one of the many brands that are taking part in the Kumbh Mela taking place in Ujjain this year. The Kumbh Mela happens once in 12 years, and hence, it is a much-awaited event. Nevertheless, there are hundreds of small and big brands that compete for branding opportunities as well as visibility in the large mass of spiritual and religious flock.

Tata Salt had approached The Brand Brewery agency with an enticing challenge of constructing and executing a branding activity that stands out among the crowd. However, the interpretation was slightly deep and they created a pertinent connect between Tata Salt and Kumnh for the message to stay on.

In general, this was a puzzler and we don’t think too much about salt. Basically, we don’t care as long as the good is tasty with an appropriate level of salt. Generally, Indians prefer salty foods, and we use the maximum salt in food as a nation. But associations had to move beyond this mentality and find a deep meaning to salt, stated a spokesperson from the agency.

Following the same, TBB started digging into the rich cultural history instead of creating new myths related to salt. The agency introduced a simple and robust innovation by giving the ingredient the right place on the Indian thaali by adding an extra slot for salt.

Thaalis branded by Tata Salt fed lakhs of devotees via multiple Akharas and the very first thing that was served to them was a pinch of Tata Salt on their place to begin the meal.

A majority of devotees who were served with these thaalis learned a new detail about salt during the Kumbh Mela. For them, salt will not be just an ordinary ingredient instead it will sit on the throne.

Tata Salt branded thaalis were served to around 50 lakh devotees and the agency distributed 35 tones of the company’s salt to akharas to prepare the auspicious meals. 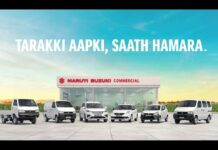 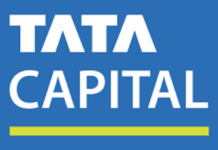