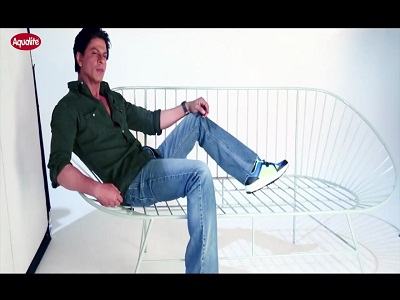 The A-listed celebrities are all set to endorse the regional brands or smaller brands as the mainstream endorsements are drying up quickly or restricted to the e-commerce space. In fact, the smaller brands are among the very few options that are left for them. This trend has induced mixed responses.

This trend is evident from the endorsements made by the celebrities. Kajol who endorsed brands like Yakult and Whirlpool is now featured in the commercial of Woosh, a little known detergent. The Dilwale actor is seen in the Woosh advertisements on the buses and non-prime time TV slots.

Even Priyanka Chopra playing the lead role in Quantico, a US television series is endorsing Marvel tea based in Hisar and DS Group’s Rajnigandha cardamom seeds. Also, Shah Rukh Khan being one of the highest paid actors is also endorsing one such brand called Aqualite footwear.

Shailendra Singh, the joint managing director of Percept, an entertainment marketing firm, stated that the celebrities and their agents are forgetting that quality is the important than quantity. In most cases in the consumer goods space, the endorsement fees that run in crores might have dried up due to the diminished marketing spends and so the stars are willing to compromise the quality of the brand for their fee.

There are many such celebrities including actors Ajay Devgan endorsing Vimal pan masala, Saif Ali Khan and Akshay Kumar endorsing Amul Macho innerwear and Dollar Bigboss respectively. It was pointed out by a celebrity manager that Shak Rukh Khan who featured in Tag Heuer watch commercials hiked his endorsement fee 150 percent for a small brand that had approached him.

For the small and regional brands, roping in a celebrity to endorse their brand will push their status instantly and it will be a mass appeal. They are ready to pay the market price or even higher to hire a popular face.