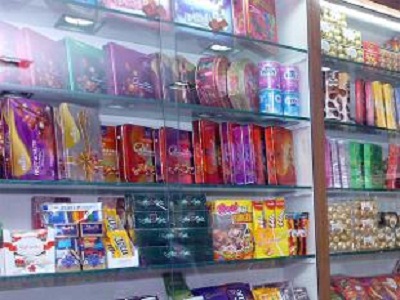 The increase in chocolates pricing left a brunt in the growth of the category inIndiaduring the fourth quarter of 2014 that ended in December, claimed Irene Rosenfeld, CEO of Mondelez. The firm expects this trend to prolong until consumers get adapted to the new pricing.

The executive added that the Indian market witnessed double digit growth for the second consecutive year, but the price hikes of chocolates across the entire industry has impacted the growth of the segment in the quarter that ended in December 2014. This was announced during an investor earnings call that happened on Thursday. It was stated that the firm is expecting to see recovery from this once the consumers adapt to the pricing levels, as the pricing gaps get closed and as the investment in franchises continue.

Mondelez that makes Oreo cookies faced a higher cost of about 20 percent for its commodity products and cocoa pricing inIndiain 2014. While consumers inIndiaare cutting down on the optional expenditure, firms such as Ferrero, Nestle and Mondelez are pushing their expensive products in the country. Mondelez announced the launch of luxury brand Cadbury Glow, 5 Star Chomp and Silk Caramello, a liquid centre filled chocolate bar.

Mondelez has claimed that the Cadbury Glow luxury brand has reached 13 percent of the chocolate gifting category inIndiain the last year. Also, Nestle came up with premium brands such as KitKat Dark and Alpino. Due to premium chocolates, the average pricing of per unit of chocolate rose by 9 percent, claimed a recent Euromonitor report.

When it comes to the Indian market in 2014, Mondelez was in the lead with a value share of 56 percent followed by Nestle at 17 percent. Notably, the latter witnessed the fastest drop in the value sales from 19 percent in 2013 to a mere 17 percent in 2014. Mondelez posted a 7 percent drop in the global sales, but it is claimed that the emerging markets are an important source for the growth of the firm.