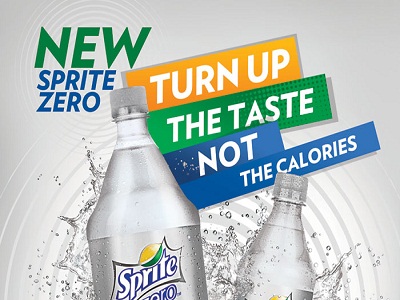 As there is a growing preference for e-commerce in the country, Coca-Cola, the beverage maker is testing Sprite Zero, its low calorie brand in India on Grofers, the e-commerce mobile app. This was revealed by two executives involved with the move. In fact, this is the first time that the beverage maker is testing a product using an e-commerce platform. It has tested the new brands usually via select modem trade stores.

Grofers will be involved in exclusively selling Sprite Zero for a fortnight during the testing period. The hyperlocal grocery delivery firm will pick the products from Coca-Cola directly and deliver them to the consumers who have ordered the same on the mobile app. Based on the consumer feedback, price and its taste, the product will be either taken forward or tweaked.

Coca-Cola introduced the Coke Zero brand last year on Amazon, the online marketplace, but it was a formal launch. Sprite is the top selling aerated drink brand in India with a market share of 18 percent, the Coca-Cola executive cited data from Nielson, the research company.   The clear lemon lime brand overtook Thums U, a strong carbonation brand owned by Coca-Cola a couple of years back. This indicated a change in the consumer preferences over colas. Even on a global scale, the sales of cola remained flat as the consumers started opting for healthier drinks.

Coke will initially try 300 ml cans priced at Rs 25 in order to test Sprite Zero. The diet cola category is gaining traction in the country and it is mirroring the global trends. In 2014, the category posted almost 39 percent growth in comparison to the 13 percent growth that was recorded on an annual basis between 2010 and 2014. The value sales of the diet drinks are at Rs 300 crore.

Both PepsiCo and Coca-Cola have been hedging the risks of the cola sales by broadening their product portfolios by including the low calorie brands.

Anywhere and Anytime Bill Payment for All to go Live Soon

Passionate In Marketing - December 1, 2014
0
For now, the anywhere, anytime bill payment facility is available only to a part of Indians who access net banking services, but it is...

CRM – a tool to help you maintain relationship with your...