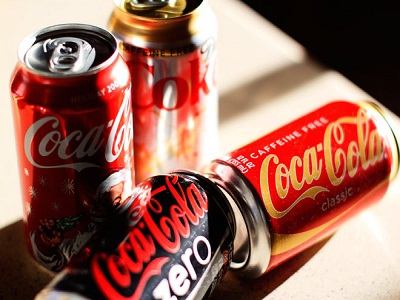 Coca-Cola, the beverage giant has launched a new product to its portfolio in order to cater to a wide range of consumer base. The new product is dubbed Coca-Cola Zero and it is a sugar free soft drink.

With the launch of the Coca-Cola Zero in India, the sugar free soft drink is available in six of the top markets across the world includingUSA,Mexico,China,BrazilandJapanof the Coca-Cola Company.

This new product free of sugar comes at the time when the Coca-Cola classic has established itself and it complements the brand’s glistening portfolio. The company is involved in selling a variety of carbonated and non-carbonated beverages inIndiaand the list includes Coca Cola, Thums Up, Sprite, Maaza and Minute Maid.

While launching the sugar free beverage, Venkatesh Kini, the President Coca-Cola Indian and South West Asia claimed that as the firm has moved towards halfway-mark of the decade, it is crucial for it to add new products to expand its portfolio despite nurturing the existing brands.

Regarding the hike in the excise duty, the executive claimed that the firm has not hiked the price of the Rs 10 glass bottles, but that of the PET bottles has been raised between 4 and 10 percent.

So far, Coca-Cola has 11 bottling plants in Uttar Pradesh and it is working with that particular state government to provide a new location for its bottling unit.

Back in August, Hindustan Coca Cola Beverages announced that it is holding the plan to spread out its bottling plant located atVaranasias there is a delay in obtaining clearance for the project from CGWA (Central Ground Water Authority).

In 2012, theAtlantabased beverage giant with its partners announced to double its investments inIndiato US $5 billion (apporx. Rs 28,000 crore) by 2020

Passionate In Marketing - June 16, 2014
0
By Editor:India’s deodorant market which is pegged at about Rs.2,000 crore recently and growing by over 20 per cent has seen many brands jostling...

Ford new models to be launched after Figo Aspire to increase...