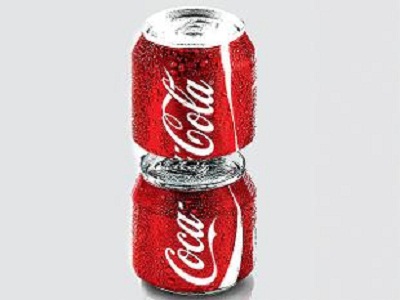 In the past few months, the aerated beverage maker Coke moved its focus to small cans and bottles in the United States. This move was carried out in the hope that reducing the portion size will enable the company beef up its margins. This bet seems to have started paying off.

As per the second quarter earnings report, Coca-Cola managed to gain the non-alcoholic and ready to drink (NARTD) beverage volume for the 21st quarter at a stretch. The margins of the maker have increased due to both the quality and quantity of the marketing investments. Also, the manufacturer continues its rational approach to the pricing of its products and disciplined price per pack strategy.

As per the company’s strategies, the 7.5 ounce mini cans and 8 ounce small glass bottles are housed on the supermarket shelves. The manufacturer announced that it distributed a million units of the mini cans as a part of the ‘Share a Coke’ marketing push in the summer.

At the earnings call for the second quarter of this year, Coca-Cola revealed more details. The smaller packages are rapidly growing more than the larger ones of the cola. Also, such smaller packs carry a higher price tag per liter, gallon or case.

The Chairman and Chief Executive Officer of Coca-Cola, Muhtar Kent detailed during the second quarter earnings call that the marketing model of Coca-Cola is about more people enjoying Coke and the little money that they spend to buy one.

He further went on stating that moms like the small packs and they are returning to the category that uses small packs to treat their kids. So long, Coke was making big packages that resulted in the over consumption.

As of now, the mini can of Coke is sold for an average of 31 cents and the glass bottle mini is priced at 5.3 cents.

Keerthi B - January 13, 2021
0
Fast&Up, an active nutrition brand, has extended its outreach to the child nutrition segment with a new range of immune boosters and...