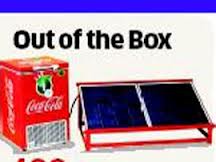 We often like to have a chilled bottle of Coke to beat the heat of the scorching sun. It becomes difficult to quench our thirst with a refrigerated product if we are in a rural village with erratic power supply. Beverages major, Coca Cola have started installing solar cooling systems as a solution to this craving problem. Now villages that have erratic electric supply can also enjoy the chillness of cool products.

The idea to deploy a low-cost solar powered cooler was thought of in 2009, when its president and CEO Atul Singh visited the rural villages of UP. There he was served with warm coke, which made him think on the practicability of a low-cost solar cooler in rural India.

The attempt was started as a pilot project in Agra in Uttar Pradesh, basically to test the system’s feasibility in the rural villages of the country with inadequate power supply. As the effort seems successful, Cola is spreading wings to urban areas, wherever there is power deficit.

As a next step, Coca Cola is targeting 80,000 Indian villages to market their solar product. Out of these, 25,000 villages are less likely to grow as a fruitful market place.

The solar cooler bringing in first time customers for Coke drinks, is really happy news for Coke. Also the product helps them to explore new markets where Coke does not have presence at all.

By 2013, Coke is planning to supply 1000 boxes  free of cost to women entrepreneurs in Madhya Pradesh, UP, Himachal Pradesh and West Bengal. This move will not only bring in empowerment among women but also increased presence and revenue for the company. In the last three and half years the company witnessed five-fold increase in sales volume and hence increased returns. Estimates shows that the sales of Coke is likely to grow go up in the next 3-4 years.

The solar cooling system from Coca Cola is an example of innovative strategies adopted by the company for future growth. With these innovations, Coke is trying to get into untapped markets and trying to increase their market share. 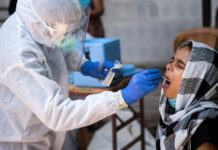 Author - January 12, 2022
0
Did you know that India currently boasts 72 IT companies with a market capitalization of $1 billion or more, dubbed the "Unicorn...