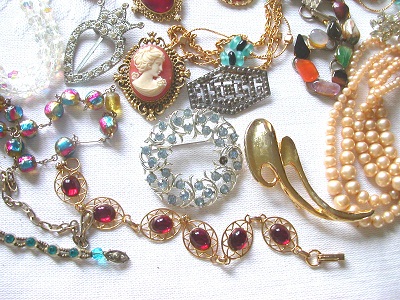 Manufacturers of costume jewelry were doing pretty well in the previous fiscal have now reached the verge. Issues such as weak manufacturing and cheap imports from the Chinese market have put the growth of the industry to a spot. Furthermore, the drop in the demand has by 10 percent to 12 percent has made the situation even worse.

Regarding this, Madhubhai Parekh, President, Imitation Jewelry Manufacturers’ Association stated that the survival of the industry is under a threat and it is the liquidity that remains a problem as additional money is routed to equity market investments.

In the fiscal year that ended in March 2014, the costume jewelry business witnessed a growth of around 25 percent to 30 percent as the gold prices reached around Rs 33,000 per 10 grams. As of now, the size of the costume jewelry market is somewhere between Rs 8,000 and Rs 9,000 crore, reveal the industry insiders.

Notably, there is a gush in the costume jewelry demand in the months between October and February as it coincides with the wedding and festive season, added the industry insiders.

Mohan Iyer of Shruttika Marketing & Manufacturing Associates stated that Indian makers are not capable of coming up with innovative designs and this has led to a drop in the demand. He added that Mumbai known as the hub of fashion jewelry manufacturing is now losing its grip as smaller centers such asGorakhpur,Rajkotand Jaipur have started emerging up.

Materials such as brass, nickel, cast iron, plastic beads, gems and precious metals are used predominantly in the consumer jewelry and these do not have much resale value and they cost between Rs 100 and Rs 30,000. Notably,Indiais the second largest maker of costume jewelry afterChinaand there is a huge demand for the jewels made in the country in other regions such as US, Europe,Australia,Canadaand other Asian markets.

Also, Divya Sachdeva of Delhi based Teriot Fashion Jewelry said that the demand for costume jewelry has dropped by around 20 percent to 25 percent since October 2014 as compared to the previous year.

Passionate In Marketing - August 6, 2020
0
Rapido Rapido is a Bengaluru based online bike taxi platform. The organization was established in 2015 in Bengaluru. It works in...