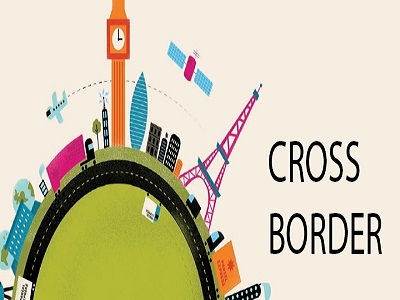 The Indian online shoppers have spent a sum of Rs 54,700 crore on purchasing products from the other countries. This is expected to increase by over 75 percent in the next year, claimed a report by PayPal, the payment firm.

As per Vikram Narayan, the Managing Director and Country Manager at PayPal India, the Indian e-commerce space is witnessing an exhilarating time as innovation is the key to it. The research conducted by PayPal states that the advent of technology is gradually diminishing boundaries for online shopping. With an exponential increase in the number of online shoppers, it will result in an increase in the overall number of shoppers who purchase from global retailers with an online presence. The report reveals that around ten million online buyers exist in India and around 3.8 million of these online shoppers shop across boundaries.

On an average, the cross border spending is higher than the local online shopping spends. The average spending on cross border transactions is estimated to around Rs 1.42 lakh per cross border shopper in the year 2015. As per a report by Goldman Sachs in May 2015, it is pegged that the average transaction size is Rs 1,800 for the e-commerce industry in India.

Narayan stated that the cross border shopping is mainly for the premium brands, and so the size would be high. The top countries from which the Indian buyers purchased online are the U.S., the U.K. and China.

In the survey, around 62 percent of the respondents who were surveyed shopped only domestically. The other 36 percent shopped both cross borders and domestically. The remaining 2 percent shopped only cross borders. The concerns about custom duties and shipping that were levied on the purchased products were high. Also, there is trouble in returning the products that were defective or not as described on the portal were experienced by a few purchasers buying across boundaries. Narayan stated that PayPal provides services such as Refunded Returns and Buyer Protection that help in building confidence in cross border purchases.

Flipkart app only by September this year

Passionate In Marketing - July 9, 2015
0
The e-commerce company Flipkart will follow the Myntra by going app only as it did to the same to the fashion portal that it acquired...

The Campaign that “Can”

E-commerce portal Flipkart on a marketing drive in small cities