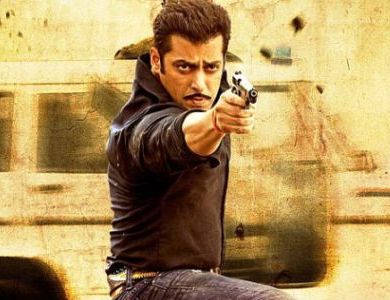 Dec 23, 2012: As the much hyped and anticipated Dabangg 2, the sequel of Dabangg released, the producers were laughing all the way to the bank with Rs. 25 crore being collected on the opening day. This is a big opening which the movie has taken considering the fact that Friday was not a holiday. Salman who till now was considered the god of 12,000 odd single screens has also taken the multiplexes by storm. Though the last movie of Salman Khan, Ek Tha Tiger grossed Rs. 33 crore on the opening day and this figure is less than that, the movie is all said to set to the cash registers ringing with huge advance booking for the weekend. Since Christmas is round the corner and it is a vacation period till the end of this month, it remains to be seen in how many days the movie crosses the Rs. 100 crore mark. The producers would be expecting the movie to cross the Rs. 200 crore mark.

Passionate In Marketing - October 20, 2020
0
The sports and lifestyle brand, Skechers India has introduced a campaign featuring Bollywood actress Ananya Panday, who is appointed to promote both lifestyle and...

Weikfield introduces a digital audio campaign in this festive season