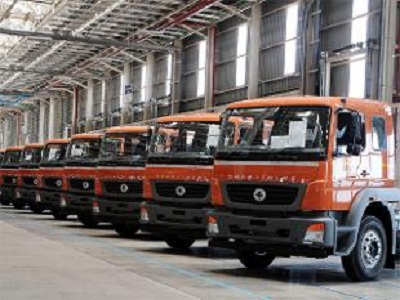 Daimler, the Germany based car manufacturer has unveiled a new offering that is claimed to be the world’s first self-driving truck. It is authorized to be used on public roads and it is the ground-breaking vehicle in Nevada, the US state.

The Freightliner Inspiration truck was announced on the iconic Hoover Dam that is an hour drive from Las Vegas claimed Wolfgang Bernhard, the Head of Daimler’s truck and bus division.

The Hoover Dam offers the ideal setting for the launch as it is significant for the trucking industry. It is built mainly using trucks and it signifies the inspiration such as a few other structures across the world.

To show the opportunities and significance of the autonomous driving functions for the international trucking industry, the firm is claimed to be willing to go to different levels that people did not dare to think of in the past, added the executive.

The firm based on Stuttgart mentioned in an official statement that Nevadahas earlier approved a couple of Freightliner Inspiration trucks for the usual driving on the public roads. These vehicles come with smart systems that include sensors and active speed regulators. They are claimed to be used without a human driver though one will be present to monitor the entire system and take charge of the wheel if it is necessary.

Regarding this, Bernhard claimed that the authorization to drive these self-driving trucks on roads in theU.S.is a crucial step. Daimler’s vehicles come with high-end Mercedes-Benz lineup and compact Smart cars are the world’s biggest manufacturer of trucks with the brands such as Freightliner, BharatBenz, Mercedes-Benz and Fuso.

The German manufacturer is the first one to come up with this self-driving technology in both trucks and cars. Regarding this, the Gandelsblatt Bernhard the self-driving vehicles are advantageous in comparison to the ones that are driven by humans as they save up to five percent of the fuel consumption. It is said that these vehicles will also make the driver’s job less difficult and more attractive.