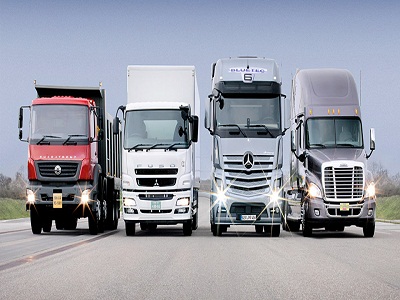 On Monday, Daimler India Commercial Vehicles made an announcement that its whole range of trucks is available across India in different variants that conform with the Bharat Stage IV emission norms.

Regarding this, Erich Nesselhauf, the Managing Director and CEO of Dailmer India Commercial Vehicles (DICV) stated that pollution is an increasing concern in India. He stated that implementing Bharat Stage IV across India is the need now. DICV is an entirely owned subsidiary of Germany based Daimler AG.

The manufacturer sells trucks that range from 9 tonnes to 49 tonnes in India. The range of buses at Daimler’s set for the market launch in September will also comply with the Bharat Stage IV norms. The range of buses with 9 tonne front engine is idea for school and staff purposes.

Besides reducing the toxic gas levels to adhere to the stringent emission regulations, these trucks and buses will also render better fuel economy to the customers. The toxic gas levels will be reduced within the limits proposed by the Bharat Stage IV standards.

As per Markus Villinger, the Managing Director of Daimler Buses India, the number of cities that are implementing the Bharat Stage IV norms are increasing. This is a result of the increase in the environmental concerns. He stated that the manufacturer s committed to bring the most eco-friendly solutions of transportation to the bus market in India in the future.

Daimler India Commercial Vehicles revealed that the front engine 9 tonne bus will be manufactured at the Chennai manufacturing facility. Apart from meeting the Bharat Stage IV norms, Diamler India will also adhere to the standards using the system that was derived from the Bluetec technology used in the vehicles. The company statement further stated that the technology has been tested in the local conditions before making its way into the market.

Daimler India has a manufacturing facility of 400 acres at Oragadam in Chennai that has been established with an investment of around Rs 4,400 crore.