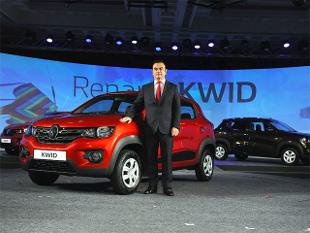 Renault Kwid has been quite successful and it gnawed away almost 8 percent of the market share in the segment of the entry level car market from Hyundai Motor, and Maruti Suzuki. The French manufacturer Renault is gearing up to launch a product attack targeting the major segment leaders.

The company is preparing to launch many models or variants in the next three years under the Rs 8 lakh segment that makes up over 70 percent of the country’s passenger vehicle market, claim parts vendors to the manufacturer. Hyundai and Maruti are the leading auto makers in India and others such as Tata Motors, Ford, and Honda compete with them.

Sumit Sawhney, the Managing Director of Renault India stated that a lot of exciting offerings are in the pipeline. He added that they will work on the segments that they are not present. They will try to bring in innovation to a great extent to make them the segment’s game changer to redefine it or carve a sub segment out of it.

Renault already had meaningful sales in the country with the Duster SUV and the Kwid has added to this success. The small car lured more over one lakh bookings ever since it launched six months back.

Besides Kwid’s variant with a 1 litre engine to take over Wagon R and Alto K10 from Maruti, Renault is prepping to work on CMF-A+, an evolution of the CMF-A platform. This will accommodate a wider body and highly powerful engines. Renault’s Kwid carries the credit for being the first car to be made on the CMF-A platform that was jointly developed with Nissan.

Not resting on its achieved laurels, Renault is talking of large volumes and it is also expecting to get aggressive cost targets. They were skeptical with the Kwid, but the volumes are rising and the upcoming projects are a great opportunity. In fact, India has become the fourth largest auto market for the manufacturer surpassing Russia and the company became one of the top give car makers in the country and the leading European car manufacturer as well.

The manufacturer should ensure that the momentum continues on the CMF=A platform to challenge the Indian based maker Maruti. It should also focus on expanding its network of sales and services that is too small when compared to the market leader.