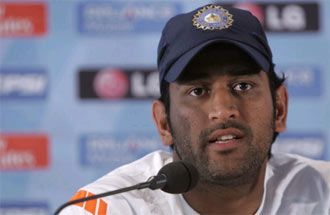 Mahindra Singh Dhoni, the Indian captain had conquered every possible cricketing arena and now he steps to rule in the sponsors’ game too. It was earlier Sachin Tendulkar who made brand no. 1 and not many can pip the legendary batsman. Mahi’s success with the bat and as a captain in the recently concluded series is not cheered just by fans but also by the sponsors’. The success has come in for the captain at the right time and this is sure to increase his brand value.

Increase in the brand value and recent success in no way will make brands to sign him immediately, but the existing contract may continue. Dhoni is currently endorsing close to 15 brands in the market and a study says, the brand value of the young cricketer is something equal to the legendary Tiger Woods. The Indian captain also wrapped up a whopping Rs. 210 crore ad-deal signing up with Rhiti Sports Management Private Limited. The company was almost unknown even though it started  six years ago. By signing up the Indian captain, the company has hit a big league. The partnership will give the company the right to access the long list of Mahi’s endorsements, patents, corporate profile, images, digital rights, visibility and more.

The Indian captain currently endorses Ashok Leyland, PepsiCo, Aircel, Reebok, Boost, Lafarge and more. The cricketer with an annual endorsement value of Rs. 6 to Rs. 10 crore is the highest paid cricketer in the Indian team, now, even the ace cricketer Sachin Tendulkar comes next.

It is also worthy to note that the captain had his own dark times in his career and lost five of the big ad deals earlier. Brands look for consistency in the first place and a single performance is most unlikely to put him back in the earlier spot. The popularity of the cricketer had been waning following bad performances in the test series and the number of brand endorsements has come down steeply but surely the tide is going to change as India wrapped up the test series against Australia and grabbed the Border Gavaskar Trophy 2013 with a 4-0 whitewash. 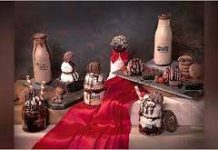 Passionate In Marketing - July 9, 2020
0
Nykaa Beauty launches Home & Travel Care Essentials, adding another dimension to its product portfolio. To meet the rising requirement for cleanliness fundamentals in this...